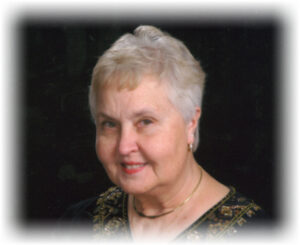 Margaret Mary Sherwood, 68, 317 Meadow Lane, Plymouth, died of complications from surgery at 11:11 a.m. on Tuesday, August 10, 2010, in St. Joseph Regional Medical Center, Mishawaka.
She will be remembered by her family and friends as being one AMAZING woman. Margaret was very patient, put others first and was the first to volunteer for any task. She managed all this with a large smile, and a kind and generous spirit.
Born in Mishawaka on June 5, 1942, Margaret was the daughter of Paul F. and Helen G. (Schroeder) Schumacher.
She graduated from St. Joseph High School with the class of 1960, and then attended St. Francis College, Fort Wayne and Rosary College in Chicago. She obtained her B.S. degree in Accounting from Indiana University – South Bend in 1977.
On September 21, 1963, in St. Jude’s Catholic Church, South Bend, Margaret and James H. Sherwood were married.
In 1963, she worked at the Firestone Tire & Rubber Co. in Bloomington, IN. A devoted homemaker, in 1969, she and her husband established the Sherwood Tire Service in Plymouth. Margaret continued in her bookkeeping position until 1993.
Her passion was sewing. Give her a needle and she was an expert on anything, having crafted countless baby blankets, quilts, fine altar cloths and knitted unique sweaters. Her creative and imaginative crafts and artwork were coveted as very special gifts. As a dedicated volunteer, working with Tri Kappa Sorority, she presented an imaginative program designed to teach fourth-graders in schools across Marshall County about Indiana History. Known as “The Covered Wagon Lady,” Margaret had touched the lives of over 16,000 school children over her 26 years of service.
She was a member of St. Michael Roman Catholic Church where she served as a Eucharistic minister. She was actively involved with Tri Kappa, having served as president, vice-president, treasurer and advisor. At the State level she was very active as well by holding the position of Historian, Province Officer and Fine Arts chairperson.
Margaret is survived by her beloved husband Jim, and by their four children and six grandchildren. Son James P. (Cindy) Sherwood of Culver and children Cassie and Tabitha, daughters: Lisa S. (Mike) Day of Plymouth and children Michael and Nathan, Pamela H. Sherwood of Indianapolis and children Nico and Kyan and Julie A. (Bobby) Blount of Plymouth.
Three brothers also survive: Jim (Kathy) Schumacher of Mishawaka, Tim Schumacher of Lambertville, Michigan, Philip (Kandy) Schumacher of Cassopolis, Michigan and a sister-in-law Ginny Schumacher of Mishawaka along with numerous nieces and nephews.
She was preceded in death by her parents and a brother, Paul E. Schumacher.
Visitation will be from 3 to 8 p.m. on Friday, August 13, 2010, at the Johnson-Danielson Funeral Home, 1100 N. Michigan St., Plymouth.
The Rosary will be prayed at 3 p.m. and a Tri Kappa Service will be held at 8 p.m. in the funeral home.
A Mass of Christian Burial for Margaret will be held at 9 a.m. EDT on Saturday, August 14, 2010, at St. Michael Church 613 N. Center St. Plymouth. The Rev. Father William Kummer will officiate.
Interment will be in St. Michael’s Catholic Cemetery, Plymouth. Memorial gifts in Margaret’s memory may be made to St. Michael Parish or to the Tri Kappa Endowment Fund.