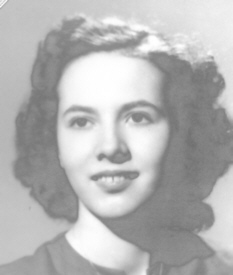 Marian Munn, 78, a resident of Union Road, Plymouth, since 1957, died of natural causes at her home, on Monday, February 25, 2008.
Born in Plymouth on October 24, 1929, Marian is the daughter of John Albert and Laura Arvivia (Roberts) Myers. She graduated as Valedictorian of the 1947 class from Plymouth High School On September 22, 1957, in Plymouth, she and Stephen Wayne Munn were married. Her husband died on January 28, 2001.
She was a ‘farmers wife’ as she would put it and helped maintain the family farm property often pulling weeds, picking up road trash and pine cones.
An outgoing, friendly person, she loved to talk with her family and friends. She was always cutting out articles about people and her grandchildren for the sac of scrap booking and often sent greeting cards and doing things for others.
One of her recent projects was establishing two scholarship funds in the Marshall County Community Foundation for agricultural students at Plymouth and John Glenn high schools.
She was a longtime member of the Blissville Church of the Brethren.
Marian is survived by a daughter and son-in-law, Laura Ann and James C. Vervynckt of Plymouth and her eight children. They are: Nathan, Jessica, Jacob, Stacy, Todd, Gabriel, Lucas and Aubrey Vervynckt.
She is also survived by a sister-in-law Maxine Myers, Plymouth, and a brother-in-law, Evan Huff, Bremen, and several nieces and nephews.
Marian was preceded in death by her parents, her husband, a brother, A. Eldon Myers and two sisters, Geraldine Ritchey and Lucille Huff.
Friends are invited to celebrate the life and share memories with her family from 5 to 8 p.m. on Thursday, February 28, 2008, and after 7 a.m. on Friday, February 29, 2008, at the Johnson-Danielson Funeral Home, 1100 N. Michigan St., Plymouth.
Funeral services for Marian will be held at 3 p.m. on Friday, February 29, 2008, in the funeral home, the Rev. Paul Nye will officiate.
Burial will be in New Oakhill Cemetery, Plymouth.
Memorial gifts in Marian’s memory may be made to the Blissville Church of the Brethren.