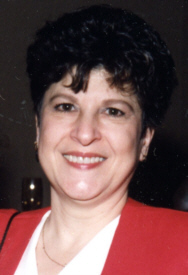 Marianne Felicia McKee, 74, a former Plymouth resident, passed away at 8:30 p.m. Friday, December 23rd following an illness at her Kentucky home for the past seven years. She had been a 21 year resident of Michigan City, Indiana where she began her career with NIPSCO as an electrical engineer, then moving to Granger, Indiana for the next 22 years and retired in 2006 as a Supervisor for the public utility. Following retirement she and her spouse Robert moved to Kentucky.
Marianne was born in Chicago, Illinois on October 18, 1942 the daughter of Frank and Lucille (Purciarello) Giarraputo. At the age of three, she was joined by a sister Sandra and the family would purchase a farm, moving to the Donaldson area where Marianne graduated from West High School with the Class of 1960, Purdue in 1988 and I.U. in 1999.
On December 14, 1960 in Newbern, North Carolina, she became the bride of Robert McKee and the couple enjoyed 56 years together becoming the parents of four wonderful children. They also became Harley-Davidson enthusiasts and took to the open road touring the Country. She collected elephants of all types, enjoyed reading and crocheting. In Plymouth she was a practicing Catholic at St. Michael and together the couple worshiped at Good Shepard Lutheran Church in Bardstown, Kentucky.
Surviving is her husband Bob, daughters; Michelle (Aaron) Daniels of Mishawaka, Indiana and Debra McKee of New Carlisle, sons; Michael (Lisa) McKee of Elkhart, Indiana and Daniel (Amanda) McKee of Bardstown, KY. Grandchildren include: Angela (Joshua) LaBrake, Rickey (Sarah) McKee, Robert (Kaala) McKee, Ryan (Morgan) McKee, Brandy (Garett) Brubaker and Reed McKee accompanied by great-grandchildren: Sawyer McKee, Adelynn LaBrake, Saylor, McKee, Leah McKee and Corbin LaBrake.
Her sister Sandra Pogorelec resides in Naperville, Illinois. She was preceded in death by her parents.
Visitation will be held on Wednesday, December 28th from 4 â€“ 7 p.m. in the Johnson-Danielson Funeral Home, 1100 N. Michigan Street, Plymouth. Funeral services will be held Thursday, December 29th at 11 a.m. in the funeral home. Fr. Craig Borchard will officiate. Burial will follow in the New Oak Hill Cemetery, Plymouth.
Memorial gifts are requested to any Hospice Program or Cancer Fund of choice.