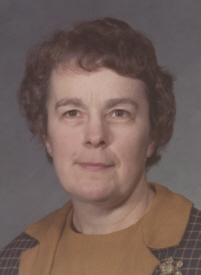 Marie Anne Bachtel, 87, formerly of LaPaz, lived for the past 9 1/2 years, with her daughter, Rebecca Joyce who preceded her in death in June 2013, and son-in-law, Paul J. Phillips, and passed to her reward at 7:20 p.m. on Saturday, August 23, 2014, at her son’s home. She was cared for in her last illness by her daughter, Mary Bachtel, along with Paul Phillips.
Mrs. Bachtel was born on September 2, 1926, in Plymouth, to the late Thurman and Olive Irene (Enyart) Carey. She has remained a lifelong area resident. On October 19, 1947, in Lakeville, she married Donald E. Bachtel, at his parent’s Tyler Road farm who preceded him in death on February 1, 2006. Mrs. Bachtel is survived by one daughter, Mary Elizabeth Bachtel of Bourbon, IN and one son, William James Bachtel, of Middlebury, IN, 9 grandchildren, Michael Phillips, Christopher Phillips, and Benjamin Phillips, born of Rebecca Joyce, all of Plymouth, Nathan Bachtel of Plymouth, Havilah (Bachtel) Elia of North Liberty, Hannah (Bachtel) Barden, born of Mary Elizabeth, of Bourbon. Born of William James: Shoshana (Bachtel) Lund of Portland, OR, Jesse Bachtel of South Bend, Sarah Bachtel of Portland, OR, and Seth Bachtel, who lately preceded his grandmother in death. Mrs. Bachtel has 16 great-grandchildren and one adopted. She had one brother, James Edwin Carey, who preceded her in death.
Mrs. Bachtel worked in Plymouth in her teens, at John Meck Industries which manufactured quartz crystals for radio equipment in Plymouth, during WWII, and after the War, on a blind date, met her husband, Donald, who had served in the United States Navy in submarine service in the Pacific Corridor. Together they farmed, milked cows, and worked non-stop. She taught school for a combined total of 21 years in the LaPaz (1965-1966), Urey Middle School 1 year, (1966) and Walkerton Elementary School retiring in 1986, mostly as a second-grade teacher. In her last years she enjoyed crocheting, gardening, visiting with family, and playing the piano. The comment everyone made when meeting her was, “She’s so sweet.” Mom was all one mom could be. When the ‘government’ removed prayer from the public schools, she did not. When we skinned our knees, she was sorry. When it was suppertime, she was home, and we ate together. She helped milk the cows, she baled hay, she cleaned the house, she lived with her man. When a devastating tornado passed through, she didn’t blame God; she blamed the other guy. She made the best Rich Brown Stew, and canned the best peaches. We miss her terribly, but we will meet again, and share old memories together.
Visitation will be from 5- 8 p.m. on Tuesday, August 26, 2014 in the Johnson-Danielson Funeral Home, 1100 N. Michigan Street, Plymouth.
Funeral services will be at 11:00 a.m. on Wednesday, August 27, 2014 in the Johnson-Danielson Funeral Home, officiated by Pastor Herb Hiatt of the Church of the Heartland, Plymouth. Visitation will resume one hour prior to the service in the funeral home.
Burial will be in the New Oakhill Cemetery.