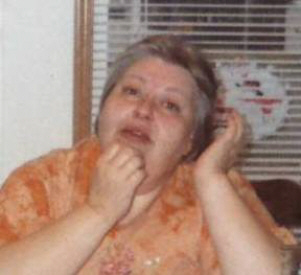 Marie R. Clark, 56, passed away at 12:15 p.m. on Wednesday, July 10, 2013 in Rivercrest Specialty Hospital, Mishawaka.
The daughter of Cecil Clark and Lucille M. Pinnick Cortez, Marie was born on December 19, 1956 in Blue Island, Il. She was raised by her mother and step-father, Lucille and Jesse Cortez.
A graduate of High School in Bremen, IL, Marie also attended South Suburban College in Oak Forest, IL.
Marie has been a secretary at David Hirsch Design in Chicago, IL, and later after continuing her education, worked as a C.N.A and R.N. at Pilgrim Manor Nursing Center in Plymouth, IN and Miller’s Merry Manor in Walkerton, IN.
She was an avid BINGO player, enjoyed reading and loved animals, especially dogs and cats.
Marie is survived by her son, Ryan S. Clark of Monterey, IN; her father, Cecil Clark of Nashville, TN; a sister, Janet (William, Jr.) Pietsch and their daughters, Jessica and Rachel, all of Monterey and three aunts: Erma Lindeman of El Sobrante, CA, Janet Stofferahn of French Lick, IN and Beverly Williams of Midlothian, IL. She was preceded in death by her mother and step-father.
Visitation will be from 4 to 6 p.m. on Monday, July 15, 2013 in the Johnson-Danielson Funeral Home, 1100 N. Michigan Street, Plymouth. Funeral services will immediately follow visitation in the funeral home at 6 p.m.
Memorial gifts in Marie’s name may be made to the family.