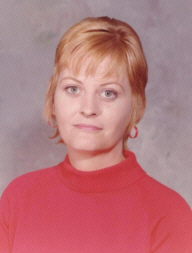 Marilyn A. “Tito” Gyerko, a longtime resident of Plymouth, Indiana, died peacefully in the presence of her family on Sunday morning, March 25th 2012 at South Bend Memorial Hospital.
Born June 2, 1939 in East Chicago, Indiana, Marilyn was the daughter of Robert E. and Helen A. (Sefchak) Taylor. She was a graduate of East Chicago Washington High School Class of 1957, where she was a proud member of Club Sigma Tau. For many years she resided in Hammond, Indiana where she was a dedicated employee of the School City of Hammond, working at Washington Irving Grade School for many years.
On June 21st 1958 she became the bride of Peter A. Gyerko in Holy Ghost Byzantine Catholic Church in East Chicago where she was a longtime member.
Marilyn was a kind and thoughtful person who cared deeply for her family. She enjoyed crafting, gardening and was known as a great cook.
She is survived by her husband Peter, a daughter Karen (Dave) Kinney of Las Vegas, Nevada, a son Dr. Peter (Nancy) Gyerko of Troutdale, Oregon, three grandchildren, Ella and Riley Gyerko and Anthony Kinney. A sister Janis (Delfino) Alamo of Las Vegas and several nieces, nephews and cousins also survive.
Preceding her in death were her parents, a brother John R. Taylor and a sister Julie K. Bickell.
A memorial service will be held at the Johnson-Danielson Funeral Home, 1100 N. Michigan St. Plymouth on Saturday, March 31st 2012 at 1 p.m. with calling from 11 a.m. – 1 p.m. (EDT). Life Celebrant Roberta Norris will officiate.
Preferred memorial gifts may be made to the American Lung Association, www.lung.org/donate/