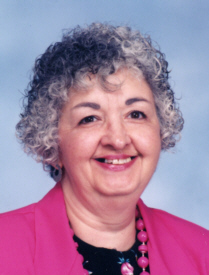 Marilyn J. Hix, 77, formerly of South Bend, passed away with her family near at 10:10 a.m. on Tuesday, March 1, 2016 in the St. Joseph Regional Medical Center, Plymouth Campus.
Marilyn was born in Plymouth on April 22, 1938 to Orla and Louise (McClure) Long.
She worked for Marriott Hotel in South Bend as an accountant before her retirement.
She was a member of the Plymouth Church of the Brethren.
Marilyn’s joy was her family and spending time with her grandchildren.
She is survived by her children: Rik (Cindy) Hix of Panama City, FL,Todd (Donna) Hix of Plymouth and Dave (Krystal) Hix of South Bend, as well as, 8 grandchildren.
She was preceded in death by her parents and sister, Carolyn Franco.
As per her wishes, there will not be a funeral service for Marilyn. The family will receive friends from 11 a.m. until 2 p.m. on Saturday March 5, 2016 in the Johnson-Danielson Funeral Home, 1100 N. Michigan Street, Plymouth. Memorial contributions can be made to the Alzheimer’s Association, 922 East Colfax Avenue, South Bend, IN 46617.