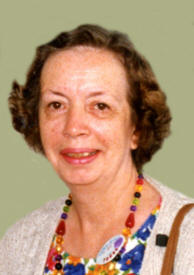 Marilyn L. Rentschler, 82, of West Lafayette, Indiana, died peacefully on Monday, October, 20, 2014.
The daughter of Dale and Esther Bates Hoover, Marilyn was born in Fort Wayne, Indiana on November 3, 1931 and spent her childhood in Warsaw, Indiana.
Marilyn was a resident of Fort Wayne until 1999, when she and her husband, Frederick L. Rentschler, retired and moved to The Villages, Florida. After Fred passed away in 2007, she lived in Marietta, Georgia before moving back to Indiana in 2013.
She was a member of the Indiana University Alumni Association and a member of Holy Cross Lutheran Church in Fort Wayne for over 40 years. She was a member of the Cumberland Falls Clan at the Cumberland Falls State Park, Kentucky. Marilyn was an avid Hoosier basketball fan. In Florida, she was a member of Hope Lutheran Church, The Indiana Club, and the Polo Ridge Club.
Marilyn is survived by two daughters: Jane Helton of West Lafayette and Amy Stehlik of Marietta, Georgia, and three grandchildren. She was preceded in death by her husband.
Visitation will be Saturday November 8, 2014 from 11:00a.m. – 1:00p.m. with funeral immediately following at 1:00p.m. in the Johnson- Danielson Funeral Home 1100 N. Michigan St. Plymouth, IN. Burial will be in New Oakhill Cemetery, Plymouth, Indiana. Memorial contributions in Marilyn’s name may be made to Memorial Sloan Kettering Cancer Center, 1275 York Ave., New York, New York 10065.