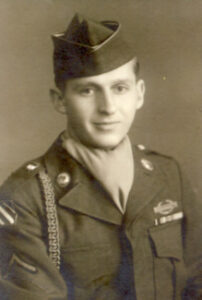 A Cook Lake resident since 1954, Marion C. Jolly, 81, passed away at 1:34 a.m. Wednesday, May 30, 2012 of a cancer related illness in Memorial Hospital, South Bend. As a Christian man he was a dedicated husband, supportive father, grandfather, helpful neighbor and friend to many.
Marion was born in Stillwell, Indiana on January 5, 1931, the only son of Merlin L. and Bertha A. (Hancock) Jolly and was joined by two sisters. In 1939 the family moved to Plymouth.
While attending West School, he met his high school sweetheart, Gladys E. Keel and together they graduated with the Class of 1951. On June 3rd of that year in Walkerton, Indiana they vowed to each other to remain together and experience the joys and sorrows of raising a family. This Sunday would mark their 61st wedding anniversary. They were blessed with six children: infant son Douglas who preceded in 1954, Ronald W. (Rebecca) Jolly of Arizona City, AZ, Terry A. (Sara) Jolly, Connie S. (Dennis) Smith, Thomas P. (Cathy) Jolly all of Plymouth and Robert L. Jolly who preceded in death in 2006. His wife Lisa also resides in Plymouth. The family grew to include seven grandsons, five granddaughters, three great-grandsons and three great-granddaughters.
Marion is also survived by his sister, Mary Jane (William) Saunders of Wala Wala, Washington. His parents and a sister Marjorie Bright and her spouse Chancey have also preceded him in death.
As a U.S. Army Veteran, Marion served his country during the Korean Conflict from 1951 – 1953.
His work experiences at Morris Lumber, Starcraft and Redman & Hawkins led to a solid career as owner and operator of Jolly & Sons Plumbing and Heating which he established in 1962 while continuing to work many years for the Young Door Co. Marion was dependable and relied upon by many loyal customers.
The only important membership for Marion was his church, Pretty Lake Trinity United Methodist, where he was an active volunteer and Trustee.
His greatest joy was family, which led to his next greatest joy fishing that more often than not included family trips to Minnesota and Canada. He enjoyed watching all sports and as Plymouth fans, he and Gladys were routinely at sporting events and various activities through the years. Marion was also able to travel all States of the Union except Alaska.
A time of sharing with the family will be held from 3 – 8 p.m. on Friday, June 1st in the Johnson-Danielson Funeral Home, 1100 N. Michigan St. Plymouth. Funeral services will begin at 11 a.m. on Saturday in the funeral home with Pastor Tamara Boggs and Rev. Charles Krieg officiating. Services will conclude at the New Oakhill Cemetery with Military Honors provided by members of the Plymouth American Legion Post 27, Veterans of Foreign Wars, Marshall County Post 1162 and the D.A.V.
Preferred are memorial gifts to the Pretty Lake Church, 8985 State Road 17, Plymouth, IN 46563