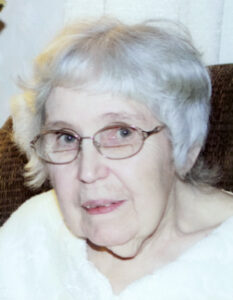 Marion M. Reynard, 76, of 6th Rd. Plymouth, for the past 26 years, died of natural causes at 11:35 p.m. on Saturday, October 27, 2012 in Miller’s Merry Manor.
Marion was born in Kutztown, PA on February 15, 1936. She was the daughter of Frank D. and Rose (Lamb) Merkel.
She attended Kutztown High School, and on November 4, 1961 Marion married Harold W. Reynard in Breinigsville, PA.
Together, they were a military family, moving from town to town, country to country and after moving to Plymouth, Marion worked as a sales clerk at the Nickel’s Bakery Thrift Shop for 15 years.
She was an avid reader, reading at least three books a week. She enjoyed crocheting and knitting, collected stamps, gardening both vegetables and flowers, and canning.
Marion is survived by her husband, Harold of Plymouth and four children: Michael J. (Venus) Kline of Kyle, TX, Daniel P. Kline of Plymouth, IN, Myron F. Reynard of Bremen, IN, and LeNora A. (David) DeJabet of Pierre, SD. Three grandchildren and seven great-grandchildren also survive.
She was preceded in death by her parents and two sisters, Elda Oswald and Ruth Sanders.
Visitation will be held Wednesday, October 31, 2012, from 5:00 to 8:00 p.m. in the Johnson-Danielson Funeral Home, 1100 North Michigan St., Plymouth.
Funeral services will be held on Thursday, November 1, 2012, at 10:30 a.m. in the Johnson-Danielson Funeral Home. Life Celebrant Roberta Norris will officiate.
Interment will be in New Oakhill Cemetery.
Memorial contributions may be made to the Marshall Starke Development Center 1901 PIDCO Dr. Plymouth, IN 46563.