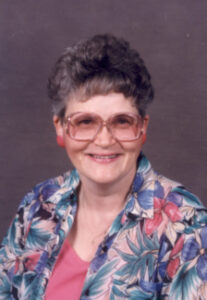 Marjorie Fern Treesh, 70, a resident of 638 Windmill Dr. Plymouth since October of 2000, died following an extended illness at 3:13 a.m. on Saturday, May 26, 2012 in the Pilgrim Manor Care Facility of Plymouth.
She had a great love of life and her family especially spending time with grand and great-grandchildren. She will be greatly missed by them all.
Fern was born in South Bend, Ind. on November 1, 1941, the daughter of Kenneth S. and Anna J. (Wallace) Stockberger. She attended Argos Schools.
She was employed as a cashier at the Plymouth K-Mart for 11 years and retired in 2002.
Fern also liked collecting bears, latch hooking and her pet Dachshunds, especially “Rosie”.
She is survived by a son, Terry A. Treesh and companion Jackie Warren of Etna Green, Ind. and a daughter, Barbara J. Hall of Plymouth. Also surviving grandchildren are Brandon Treesh of Bremen, Cheyenne F. Hall of Plymouth, Amanda F. (Barry) Zahm of Argos, and great-grandchildren, Breighton Treesh, Lucas Zahm, Hunter Treesh and soon to be Adalynn Rose Treesh.
Surviving as well are four brothers and three sisters; Ivy Stockberger of Searcy, Ark., Carl (Tonya) Stockberger of Plymouth, Billy (Barb) Stockberger of Argos, Allen (Dreama) Stockberger of Warsaw, Judy Keck of Cheyenne, Wy. And Pamela (Jerry) Taylor of Plymouth. Numerous nieces and nephews also survive.
Preceding in death were her brothers; Merlan Ray Stockberger and Wayne Stockberger, parents, husband and two great-grandchildren; Jasmyne and Shayne Zahm.
Visitation will be held on Tuesday May 29, 2012 from 4 – 8 p.m. in the Johnson-Danielson Funeral Home, 1100 N. Michigan St., Plymouth. Services will be held in the funeral home on Wednesday, May 30th at 11 a.m.
Burial will follow in the Oakhill Cemetery, Plymouth.
Memorial gifts may be made to the American Cancer or Heart Associations.