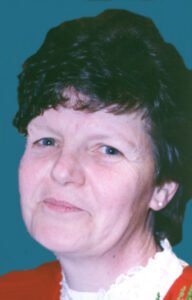 Marsha Kay Henry, 70, of W. Shore Dr, Bremen, Indiana, passed away at her residence at 9:05 a.m. on Sunday, January 6, 2013.
Born in Plymouth, Indiana on December 21, 1942, Marsha was the daughter of Hillard and Claudine (Booker) Bottorff.
She graduated from Plymouth High School in 1961.
On April 5, 1964, in Plymouth, Marsha married David Henry.
Marsha worked as a bookkeeper for Truman Motors and in the warehouse for Homestead in LaPaz, from which she retired from.
She was an avid Notre Dame Sports fan and a NASCAR fan, favoring Tony Stewart. She loved listening to Billy Ray Cyrus, a keen collector of Coca-Cola memorabilia and an excellent cook.
Marsha is survived by her husband, David and their two children; Tari (Marlin) Reed and Erik (Shonda) Henry, both of Plymouth; sister, Brenda (Rex) Senff of Plymouth, and three brothers; Larry (Deb) Bottorff of Fort Wayne, Bruce (Janice) Bottorff of Plymouth and Bill (Candy) Bottorff of Plymouth; eight grandchildren, two great-grandchildren and numerous nieces and nephews.
She was preceded in death by her parents and brother, Kent Bottorff.
Friends may visit with the family from 11a.m. – 1 p.m. on Friday, January 11th at the Johnson-Danielson Funeral Home, 1100 N. Michigan St., Plymouth. Funeral services will be held immediately following visitation at 1:00 p.m. in the funeral home.
Internment will be in New Oakhill Cemetery.
Memorial contributions may be made to the Alzheimer’s and Dementia Services of Northern Indiana 922 E. Colfax Avenue, South Bend, IN 46617