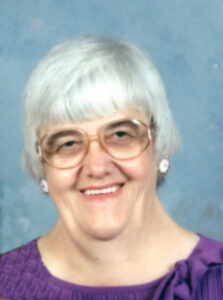 Marva Jane Hill, 74, passed away at 5:25 a.m. Saturday, December 28, 2013 in the Pilgrim Manor Nursing Home, Plymouth where she had made her home for the past two years.
She was born at the family home in Inwood, Indiana during a blizzard on January 29, 1939, the daughter of Marvin Glenn and Oreanna Beatrice (Amones) Anders. She attended LaPaz High School with the Class of 1956.
On February 3, 1957 at Inwood, she became the bride of Jess Willard Hill. He would precede her in death on December 26, 1989.
She is survived by her daughter Venessa Jane Hill, brothers; Glenn A. (Linda) Anders, Jerry L. (Sandy) Anders and sister Donna M. Shook all of Plymouth along with several nieces and nephews and great nieces and nephews.
Marva had been employed at the Harvey’s Dime Store in Plymouth, Ben Hill Griffin Orange Juice Co. in Plymouth and also in Florida for a period of 10 years while living in Avon Park. She returned to Plymouth in 1994 and worked for Heir International and retired in 2007.
She was a member of the Inwood United Methodist Church and United Methodist Women’s Group. Marva loved spending time with her mother Bea and daughter Vanessa, the trio were often seen together.
She was preceded in death by her parents, spouse and still born daughter Cheryl Lynn.
Visitation will be held on Monday, December 30th from 5 – 7 p.m. in the Johnson-Danielson Funeral Home where services will follow at 7 p.m. Pastor Gracie Marske will preside. Burial will be in Oakhill Cemetery, Plymouth at a later time.
Memorial gifts may be given to the Inwood United Methodist Church, 11211 Hawthorn Road, Plymouth, IN 46563.