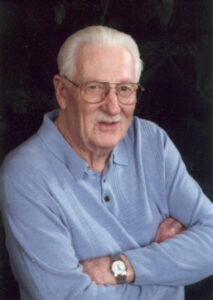 Marvin C. Miller, 73, a resident of Menominee Trail, Plymouth, died following an illness on Saturday, April 16, 2011 at 12:15 a.m. in Hospice House of St. Joseph County.
Born on August 11, 1937 in Mishawaka, Indiana, he was the only child of Wilbur F. and Ferrel M. (Jones) Miller. After moving to Plymouth he graduated from Lincoln High School in 1955.
The eighteen year old red head enlisted in the U.S. Navy and served from the summer of his graduation until 1958. Marv was proud to have been included on the maiden voyage of the U.S.S. Saratoga and experience the deck landing of President Eisenhower.
On June 21, 1959 Marv and the former Mary Ann Sanders were married in the County Line Brethren Church, Lakeville. For the past 52 years the couple has resided in the home that Marv himself built on Holem Lake which were familiar surroundings for Mary Ann as she had grown up just on the other side of the lake.
They have been longtime members of the Plymouth Church of the Brethren.
Marv was a reliable employee of NIPSCO for 35 years and retired in 1995. He was an avid hunter and fisherman, who was instrumental in launching the successful Menominee Marsh Project. He was also a founding member of the Marco Bass Masters and remained an environmental advocate. He followed the Indianapolis Colts, Notre Dame and NASCAR’s Jeff Gordon.
He is survived by his wife Mary Ann (Sanders) Miller, a daughter; Christine L. Miller of Plymouth, a son Jeffrey K. (Carolyn) Miller of Orange City, Florida and two grandsons; Timothy C. Miller of Tallahassee, Florida and Matthew N. Miller of Kentucky.
Marv was preceded in death by his parents.
Visitation will be held Monday, April 18th from 4 – 8 p.m. in the Johnson-Danielson Funeral Home, 1100 N. Michigan St., Plymouth. Services will be held on Tuesday at 11 a.m. in the Plymouth Church of the Brethren, 1130 N. Michigan St. where visitation will continue after 10 a.m. Pastor Ruth Yoder will officiate.
Flag presentation by Commander Julian Keiser, Plymouth American Legion Post 27.
Memorial gifts may be made to the Church or Center for Hospice Care 112 S. Center St., Plymouth, IN 46563