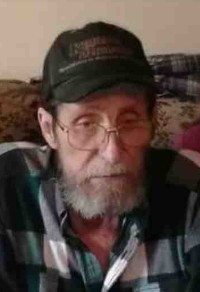 Marvin R. â€œTuffâ€ Keyser Sr., 64, passed away on Monday afternoon, February 4, 2019 at his home surrounded by his loving family.
Born in Plymouth, Indiana on December 6, 1954, Tuff was the son of Charles and Donnabelle (Tribbey) Keyser. He worked as a maintenance man for local golf courses. He married Rose Ketcham in Knox, Indiana on May 19, 1973. From that union came five children, they made their family home in Knox and enjoyed life in that community. Tuff was a hard worker who took pride in all he did. He enjoyed Coon hunting and was a member of the North American Hunting Club. Tuff was known to turn up his country music as any true country man should. Tuff is survived by his wife of 45 years, Rose Keyser of Knox; his children: Dana McMinn of Plymouth, Dawn (Gary) Samanie of Plymouth, Marvin â€œTeeâ€ Keyser Jr. of Knox, and Corey (Patty) Keyser of Knox; five grandchildren and two great-grandchildren; his mother Donnabelle (Tribbey) Keyser of Plymouth; and many other loving family members and friends. He was preceded in death by his father, Charles Keyser; his son Jeremy Keyser; and his great-granddaughter Aislynn.
A funeral service will be held at 2 p.m. EDT on Monday, February 11, 2019 at Johnson-Danielson Funeral Home, 1100 N. Michigan Street, Plymouth with Rev. Steve Patrick officiating. Visitation will be held from 1-2 p.m. at the funeral home prior to the service. Memorial contributions can be made to the family through the funeral home to help with expenses.