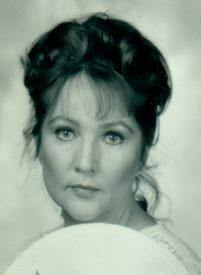 Mary Ann France, 86, of Plymouth, passed away Saturday December 3rd at her home.
She was born August 5, 1930 in Grand Rapids, Michigan one of six children born to Carl A. and Evelyn A. (Menninger) Peterson and was raised during the Great Depression. In 1944 the family moved to Byron Township when she was in the 8th grade. It was on her first day of school when she met her husband to be Lloyd C. France, a senior. She graduated in 1949, where she received her letter in Cheerleading and the D.A.R. Citizenship Award. Her father retired at that time and the family moved to Winter Park, Florida. She then attended Valencia Community College, Orlando, Florida for one year and completed her B.S. degree in Special Education at Eastern Michigan University, Ypsilanti, Michigan, in 1953. On December 28, 1951 in Winter Park, Florida she and Lloyd were married and for nearly 65 years they supported one another and shared many joys including the births of two daughters; Michelle (Mike) Lyman of Osceola and Lisa France of Plymouth. Lloyd would precede her in death on November 19th of this year.
After her marriage, she taught elementary school in Plymouth, Michigan for a year while Lloyd completed his final year of Medical School. She taught the next year in Grand Rapids, Michigan while he was interning there.
While they were living in Detroit, Michigan she was employed as a Professional Model and she also did substitute teaching and acted as a rental agent for the group of duplexes in which they lived. She studied Interior Design at Wayne State University while living in Detroit and was a Color Coordinator for Good Decorating for many years. She also worked as a dress and jewelry designer working in semi-precious gems such as turquoise, lapis, jade and cloisonnÃ©.
After moving to Plymouth, Indiana, she greatly enjoyed traveling to Japan and Hong Kong and brought back several artifacts to help fulfill her dream of collecting oriental art. Mary Ann was involved with art in one form or another since childhood. At the age of 10, she won an award and an Art Scholarship to the Grand Rapids Art Museum. Her Bachelor of Science in Education included a Fine Arts Minor. She had worked as an artist with oils, pastels, and found a home in watercolors. She won many awards including Best of Show, First and Second Place Awards, and many Merit and Purchase Awards.
Mary Ann was a member of Delta Theta Tau Sorority, First United Methodist Church, South Bend Symphony League, South Bend Regional Museum of Art, the Chesterton Art Center, Lakeland Art Center, Crystal Lake Art Center, St. Joseph Watercolor Society and Northern Indiana Artists. Because of her love of classical music and art, she served on many Boards of Directors, such as Encore, Heartland Artists, The South Bend Symphony, The Michiana Opera Guild, Northern Indiana Artists and the Art League of the South Bend Museum. She served as Vice President of the Art League and as Secretary of Northern Indiana Artists.
A Remembrance Service will be held at 6 p.m. Wednesday in the Johnson-Danielson Funeral Home, 1100 N. Michigan St., Plymouth, beginning with a tribute by members of the Delta Theta Tau Sorority immediately followed by funeral services officiated by Rev. Toni Carmer, pastor of the First United Methodist Church, Plymouth. There will be no visitation.
Burial will be in the Winchester Cemetery, Byron Center, Michigan.
In lieu of flowers, memorial gifts are directed to the First United Methodist Church, 400 N. Michigan St., Plymouth, IN 46563 or St. Joseph Regional Medical Center Auxiliary, 1915 Lake Avenue, Plymouth, IN 46563.