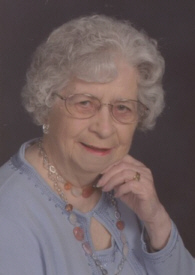 Mary Evelyn McKee, 88, passed away at St. Joseph Regional Medical Center Plymouth Campus Sunday morning following a brief illness. She was born April 27, 1926 in Mishawaka to Thomas and Lillian (Graf) Millea.
Mary was a graduate of Lincoln High School, Plymouth IN. On September 14, 1947 she married Forest C. (Frosty) McKee at St. Michael Catholic Church, Plymouth. He preceded her in death on December 19, 1985.
Mary worked several years for the City News Agency and also was a volunteer for the Marshall County Historical Society. She enjoyed doing crafts and crocheting. She was an avid Notre Dame Fan and animal lover but Mary Loved nothing more than her children and family.
She was a member of St. Michael Catholic Church of Plymouth, also the altar Rosary Society and Harvest House. Mary had also been a member of the Ladies Auxiliaries of the American Legion and F.O.P. of Plymouth.
Mary is survived by her son, Thomas R. McKee of Plymouth, and her three daughters, Margaret (Gary) Flagg of Plymouth, Janet (Geoff) Lawson of Austin, TX, and Patricia McKee of Plymouth; nine grandchildren, Patrick (Jennifer) McKee of Knox, Matthew McKee of Plymouth, Janette (Marcus) Walter of LaPaz, Ann (John) Crouse of Powell, OH, Laurine (David) Ringer, Quentin Flagg, and Jesse McKee all of Plymouth, Zoe Lawson and Sarah Lawson of Austin, TX; and thirteen great-grandchildren. Mary is also survived by her brother Thomas (Juanita) Millea of New Albany, IN and several nieces and nephews. Mary was preceded in death by her husband, her parents, her brother Robert Millea, and her sister Dorothy Irene Millea.
Visitation will be held at the Johnson-Danielson Funeral Home, 1100 N. Michigan St., Plymouth, IN from 3:00 p.m. – 6:00 p.m. Sunday, January 11, 2015. The Rosary will be recited at 5:30 p.m.
The Funeral Mass will be celebrated at St. Michael Catholic Church, 612 N. Center Street, Plymouth, IN Monday, January 12, 2015 at 11:00 a.m. with Fr. Jeffery Largent officiating. Burial will follow at New Oak Hill Cemetery.
In lieu of flowers, memorial contributions may be made in memory of Mary E. McKee to St. Michael Catholic Church, 611 N. Center Street, Plymouth, IN 46563 or the Marshall County Humane Society, P.O. Box 22, Plymouth, IN 46563.