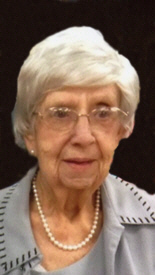 Mary Jane Rabella a resident of Plymouth, passed away Monday morning in the Miller’s Merry Manor, Plymouth.
Mary Jane Rabella was born November 12, 1928 in Plymouth, Indiana to Melvin and Ethel (Davis) Zimmerman. On February 27, 1972, she was married to Jose (Joe) Rabella in Plymouth. He would precede her in death on April 24, 2008.
Most recently, she attended Trinity Church in Lakeville and was a member of the Harrison Center Chapel in Mentone. Mary Jane was a volunteer and President of the American Red Cross of Pulaski County. She was active in the Pulaski County United Way, Pulaski County Mental Health and a Pulaski County 4-H Leader. She was a former member of the Pulaski Presbyterian Church where Mary Jane was active in the choir, Sunday school, Women’s Association, and served on the Session of the Church.
She is survived by one daughter, Susan (Stephen) Eggleston of Plymouth, grandsons: Chad Morlan of Plymouth and Dr. Brandon Eggleston of LaJolla, CA, and great-granddaughters: Alexandria (Erick) Pratt of Laingsburg, MI and Esta Morlan of Mishawaka.
Mary Jane is also survived by her three-stepdaughters: Patricia (Dean) Stevens of Muncie, IN, Brenda (Curt) Ebersole of Mentone, IN, and Teresa Penn of Arkansas, step-grandsons: Joseph Stevens of Columbia City, IN, Levi Ebersole of Mentone, IN, Garrett Penn of Mentone, IN, and Calvin, Kevin and Jessie Penn of Arkansas, step-granddaughters: Emma Penn of Mentone, IN, and Jessica Ebersole of Indianapolis, and step-great-grandsons: Gavin and Bryson Stevens of Columbia City, IN and Francisco of Mentone, IN.
There will be no visitation, a family graveside service will be held at the Pulaski Presbyterian Cemetery in Winamac, IN., by Pastor Todd Zimmerman. Preferred are memorial contributions to: Trinity Church Assembly of God, 302 East Patterson Street Lakeville, Indiana 46536. Notes of condolence may be sent to the family through the web-site: www.johnson-danielson.com