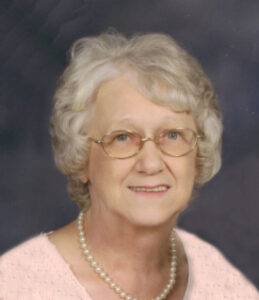 Mary Louise Roach, 69 a resident of Cook Lake, Plymouth, passed away at 8:45 p.m. Thursday, June 30, 2011 in Our Lady of Peace Hospital, Mishawaka.
Mary was born on September 20, 1941, the daughter of Russell A. and Edna L. (Kleitz) Wilson in South Bend, Indiana. Mary graduated from Cassopolis Michigan High School with the Class of 1959.
On April 3, 1960, Mary became the bride of Floyd E. Roach in People’s Church – South Bend, by the Rev. Roscoe Wilson. For the past 25 years they have resided in Plymouth, coming from Union, Michigan and seven years in Alaska.
Mary was a devoted wife, mother and homemaker who had a knack of baking bread and creating many items with a needle and yarn. She loved spending time with her grandchildren and had a liking for ceramic turtles. Mary and Floyd were members of the New Song Church in Plymouth.
Outside of the home she worked in the kitchen for Miller’s Merry Manor in Plymouth and Culver and also for Ristance Corp.
Surviving family members are: Floyd, her husband of fifty-one years, two sons and their families; Jeffery A. (Sherry) Roach of Fairbanks, Alaska and their children; Amber Marie, Daniel Jefferson and Victoria Marie, a son; Timothy R. (Sharon) Roach of DeMotte, Ind. and their children; Alan Robert and Terri June.
Also surviving are three brothers and a sister: Ralph (Dee) Wilson of Tuscaloosa, Alabama, Richard (Kay) Wilson and Robert (Nancy) Wilson all of Cassopolis and Sue Ann Edwards of Arcola, Ill. along with several nieces and nephews.
She was preceded in death by a son, Floyd E. Roach Jr. and a brother Russell A. Wilson Jr.
Friends and family will gather at the Johnson-Danielson Funeral Home, 1100 N. Michigan St. on Tuesday, July 5th from 5 – 7 p.m. Services will be conducted in the funeral home at 7 p.m. that evening with Pastor Justin Chambers officiating.
Burial will be in the Oakhill Cemetery, Plymouth.
Memorial gifts may be made to the Susan G. Komen for the Cure Foundation.