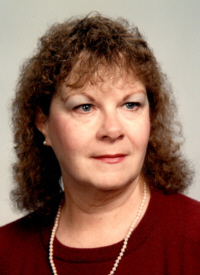 Mary Lou Connolly, 75, formerly of the Chicago area, passed away with her family by her side on Wednesday morning, October 22, 2014.
Born in Evergreen Park, Illinois on February 15, 1939, Mary Lou was the daughter of William E. and Margaret J. (Carey) Quinn. She graduated from Mercy High School with the class of 1956. She then obtained her Bachelors of Science and Nursing from St. Francis University in Evanston, Illinois.
On April 8, 1961 in Chicago, Illinois she married William M. Connolly. The couple would start a family and moved to Howe, Indiana in 1972 and finally settled in Plymouth in 1978.
In 1975, Mary Lou would become a Certified Registered Nurse Anesthetist, graduating from St. Vincent University in Toledo, OH. She practiced as nurse anesthetist for 24 years. Not done with her education, she attended Ottawa University and received her Master’s in Healthcare Administration in 1983. Mary Lou went back yet again to attend Valparaiso University and received her law degree in 1990. She practiced law for 22 years until her retirement in 2013.
She was a member of St. Michael Catholic Church, Plymouth.
Mary Lou was a member of the Indiana State Board of Nursing, the Bowen Center Board, the Indiana Association of Nurse Anesthetists, she served on the board and as president of the American Association of Nurse Anesthetists, and was member of the Marshall County Bar Association.
She is survived by her children: Philip W. Connolly of Rochester, Jean A. (Pat Pearish) Birchmeier of Plymouth, Paul J. (Jennifer) Connolly of Plymouth and Daniel J. (Heather) Connolly of Peru, Indiana; 12 grandchildren, and 5 great-grandchildren; her sister Dorothy (John) Jiganti of Chicago, IL; brother-in-law James Blaney of Naples, FL; and her sister-in-law Rita Quinn of Evergreen Park, IL.
She was preceded in death by her parents, her husband William on April 30, 1992, and her siblings, Charline Blaney and William C. Quinn.
Visitation will be from 5- 8 p.m. on Friday, October 24, 2014 in the Johnson-Danielson Funeral Home, 1100 N. Michigan Street, Plymouth.
Funeral services will be at 12:30 p.m. on Saturday, October 25, 2014 in the funeral home with Fr. John Korcsmar C.S.C. officiating.
Inurnment will be at a future date in the New Oakhill Cemetery Columbarium.
Memorial contributions can be made to Center for Hospice Care 112 S. Center St. Plymouth IN 46563