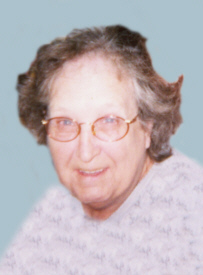 Mary P. Burke, 78, a resident of 312 Alexander St., Plymouth passed away peacefully in the company of her family at 4:40 p.m. on Monday, October 19, 2015.
Mary was born and raised in Philadelphia, PA. She was born the daughter of Joseph and Helen (Leonard) Ready on March 11, 1937. She received her education at St. Boniface Elementary School and the Philadelphia Public School System. She later attended Business School and work for 25 years along with her daughter Marylee in the dietary department of John F. Kennedy Hospital.
On December 7, 1956 in Maryland, PA she wed Leon Burke and became parents of four children. The family moved to Plymouth in 2004. He would precede her in death on January 22, 2008.
While residing in Pennsylvania she was a member of St. Martin’s Parish and currently was a member of St. Michael Roman Catholic Church in Plymouth.
Mary was talented with crafts and especially liked painting items that Leon had created out of wood.
Surviving are two daughters Marylee Burke and Joan T. Burke, both of Plymouth along with one son Leon Burke both of Philadelphia, PA. Also surviving are five grandchildren: Nicole, Leon, Debbie, Joseph and William.
She was preceded in death by her spouse, two sisters, Helen Crouch and Joan Tierman and one brother Joseph Ready.
A Mass of Christian Burial will take place at 11 a.m. Friday, October 23rd in St. Michael Church, 613 N. Center Street, Plymouth with Fr. John Korcsmar C.S.C. officiating. The family will receive friends from 10 a.m. until 11 a.m. in the church.
Burial will immediately follow in the New Oakhill Cemetery, Plymouth.