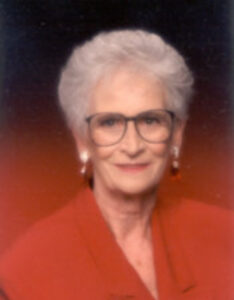 Mary E. Stoneburner, 92, passed away at 3:58 a.m. on Saturday, February 1, 2014 in Corinth, Texas. Mary was a former resident of Garden Court East in Plymouth prior to her moving to Texas five years ago to live with her daughter Nikki.
Mary was born in Evansville, Indiana on October 19, 1921, the daughter of Jesse and Alice (Warthen) Carlysle. She attended school in Evansville.
On March 5, 1946 in Rochester, Indiana she married Lloyd E. Stoneburner. He would precede her in death on March 29, 1989. Mary was longtime member of St. Thomas Episcopal Church in Plymouth.
For a period of fifteen years, Mary was a familiar face at the old Parkview Hospital working in the linen service. She retired in 1977 and enjoyed time quilting, reading and time with her family.
Mary is survived by her four children, Marjorie L. Ecker of Newport Beach, CA, Paula G. (Steve) Diller of Lakeville, IN, Nikki G. Whitacre (David Barnett) of Corinth, and son Randi L. (Susan) Stoneburner of Oak Harbor, Ohio. Five grandsons and seven great-grandchildren also survive.
She was preceded in death by her parents, step-father William L. Cooper, a grandson Andrew Whitacre, a sister Jeanette Moss, a brother Harold L. Carlysle and step-brother William Cooper.
Visitation is planned for Monday, February 10th from 10 – 11:30 a.m. EST in the Johnson-Danielson Funeral Home, 1100 N. Michigan St., Plymouth. Services will immediately follow at 11:30 a.m. in the funeral home. The Rev. Fr. John Schramm will officiate.
Burial will be in the Tyner Cemetery, Tyner, Indiana.
Preferred are memorial gifts to Hospice Plus, “In memory of Mary Stoneburner”, 571 West Main Street, Suite 240, Lewisville, TX 75057.