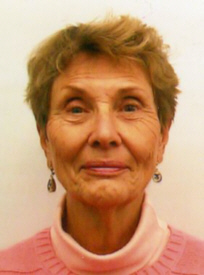 Marybelle Shemberger Henry, 88, passed away Monday morning at her Pretty Lake home surrounded by her loving family.
Belle was born in Bremen, Indiana on November 17, 1926 the daughter of Carl A. and Blanche B. (Snobarger) Haab. She graduated from Bremen High School with the Class of 1944 and DePauw University in 1948. There in the School of Music she met one William E. Shemberger, a tall young man from Elkhart. The two fell in love and were married July 24, 1949 in Bremen.
Belle took her first job teaching music in Martinsville, IL and moved to Plymouth in 1950. By 1951 they had started a family and in 1952 they opened the Shemberger Music Store and operated it until 1972.
Bill proceeded in death on December 10, 1993. Belle then married Dr. Howard Henry who also proceeded in death as well as one brother Carl Haab.
Belle was a longtime member of the First United Methodist Church where she sang in the choir. She was an active member of both the Rockettes and the Center Stage Dance Troupe. She was an avid golfer who not only belonged but had served as the president to the Plymouth Country Club Womens Golf Association and for years was very instrumental in the Big Red Tourney. She also worked for many years for the Dorcas Society and in support of the Marshall County Humane Society. She was active in many community events and truly enjoyed bridge, shemco, reading, sewing and crossword puzzles. Belle was also a longtime member of Tri Kappa.
She loved her family. They are: daughter Sue A. (Jerry) Stubbs of Horseshoe Bay, TX, sons Ned W. (Mary) Shemberger of Plymouth and Steven C. Shemberger of Sarasota, FL. Her grandsons are: William L. Shemberger of Pinedale, WY and Matthew P. (Molly) Shemberger of Spring, TX and great grandson William M. Shemberger. Her sister-in-law Joan Haab also survives in Nashville, IN.
Belle was beloved by her family and friends and will be truly missed.
The family will receive friends on Friday, August 28 th from 2 – 4 p.m. in the Johnson-Danielson Funeral Home, 1100 N. Michigan St., Plymouth. Services under the direction of Joanne Boys will begin at 4 p.m. in the funeral home.
Entombment will be in the New Oakhill Cemetery Mausoleum.
Memorial gifts may be given to the Marshall County Humane Society, P.O. Box 22, Plymouth, IN 46563 or to Southern Care Hospice Services, 1626 E. Day Rd., Mishawaka, IN 46545.