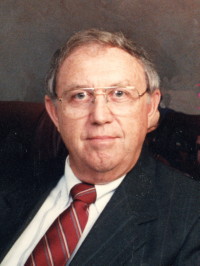 Max L. Hetrick, 80, and Argos resident since 1999, passed away at 11:05 a.m. on Monday May 25, 2020.
Born at home in Antwerp, Ohio on July 7, 1939, Max was the son of Lester Harmon Hetrick and Golda Mae (Starry) Hetrick. He started in first grade at Farmer Elementary school when his older sister, Mary, was senior. When Mary began dating, Max would beg to be allowed to go on the dates with her and she would sometimes give in to his request and take him along. Growing up on a farm that set far off the main road, he actually did have to walk quite a distance in all kinds of weather to get to the school bus. His chores on the farm included driving tractor in the fields, helping to care for the animals, and taking nieces and nephews on multiple tractor rides. When in high school he worked on the Old’s Chicken farm and Pendleton Turkey farm catching poultry to load. After graduating high school, he would take a one-year technical engineering course.
On July 29, 1994 in Henderson, Kentucky, Max married Jean Headley. They were blessed with almost 22 years of marriage and memories. Some of his dearest memories were the many world-wide trips they took with his sister Ann and her husband Larry. Over the course of a little more than 10 years, they visited Alaska, Norway, the UK, Austria, Germany, Switzerland, and Australia. On one of their trips, Max met a gentleman (who is now 101 years old) who had grown up in Max’s neck of the woods and knew a lot about the farm where Max grew up. They had many good discussions about the area, the farm, and Hicksville, OH. Max was a Leader at the Road to Emmaus, where he preached and cooked meals for the gatherings. The pastor of his church would often call on Max to be a â€œhandy-manâ€ as well. He was a member of the Lions Club in Argos and Toastmasters. Max enjoyed furthering his education in any way possible; reading books, life lessons or taking up a new skill. He also collected tractors, from small die-cast models to real equipment, and brass frogs.
Max was a dear, gentle man who was loved by all who had the good fortune to know him. He was always ready to help anyone who needed it, whether it be an ear to listen or advice to be given. He suffered from Parkinsonâ€™s Disease for many years, but never, ever complained. He remained positive, kind, and gentle even to his last breath.
He is survived by his children: Max (Judy) Hetrick Jr. of Plainfield, IN, Steve Hetrick of Indianapolis, IN, Julie Hetrick of Indianapolis, IN; step-children: Shanna M. Story of Argos, Cynthia A. (Mike) Boener of Argos, and Lisa L. (Joseph) Botto of Plymouth; sisters, Mary Plum and Ann (Larry) Sprow, both of Ohio, many grandchildren and great-grandchildren and numerous nieces and nephews.
He was preceded in death by his wife, Jean (February 4, 2016), his parents and his brother, Luther Hetrick.
Visitation will be held from 1:00 p.m. -2:00 p.m. on Saturday May 30, 2020 at Johnson-Danielson Funeral Home, 1100 N. Michigan Street, Plymouth. Funeral services will immediately follow in the funeral home at 2:00 p.m. with Life Celebrant James Smart and Roscinda Rinehart officiating.
Burial will be in the New Oak Hill Cemetery, Plymouth.
Memorial contributions can be made to Kindred Hospice, 1476 W 18th Street, Rochester, IN 46975.