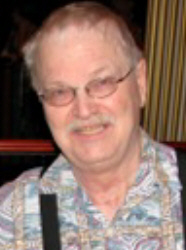 Max L. Hines, 66, of Plymouth, passed away Friday morning in the Indiana University Hospital, Indianapolis.
Born in Miller, South Dakota on November 4, 1947, Max was the son of LaVerne and Elaine Hines-Lingscheit. He graduated from Miller High School and went on to attend Northern State University in Aberdeen, South Dakota, graduating with his Bachelors of Science and Business.
In 1971, Max joined the U.S. Army and was stationed in Berlin, Germany for most of his time. He served in the Army Security Agency and was Honorably discharged in March of 1975.
Moving back home, Max took Penny L. McCulley to be his wife on July 30, 1976 in Miller, South Dakota. The couple would live in Vermillion, where he would receive his Bachelors in Accounting in 1978 from the University of South Dakota. From there, the family would move to Nebraska were Max worked for Iowa Beef Processors for 7 years. Moving to Omaha, he worked for Valmont Industries, and for the next 22 years he would work at various Valmont Industry sites. The couple would settle in Plymouth, Indiana in 2002 before his retirement in 2007.
Max loved his dogs and drew him to become a member of the Centennial Dog Park Committee that helped build the dog park in Plymouth. He also enjoyed RV trips with his wife and their dogs, Pepper, Coco, Bear and Little Man, who miss him dearly. Pepper had just died a few days before Max and will be laid to rest with him.
Max is survived by his loving wife of 38 years, Penny of Plymouth and their daughter, Anne (Dr. Brady) Hines-Brabec of Rochester, MN. Also surviving are his siblings: Rod (Jan) Hines of Sturgis, SD, Brad Hines of SD, Brenda (Stanley) Tjeerdsma of Avon, SD, Brian (Michelle) Hines of Huron, SD, Susan (Jime Reeve) Zeigler of Pierre, SD, and Barb Hines of Huron, SD, as well as, numerous nieces and nephews.
He was preceded in death by his parents, his brother, Rex Hines, and step-father, Joe Lingscheit.
Visitation will be from 11:30 – 1:30 p.m. MT on Friday, November 7, 2014 in the Black Hills Funeral Home & Crematory, Sturgis, SD.
Burial will follow in the Black Hill National Cemetery in Sturgis, SD.
In Lieu of flowers, memorial contributions can be made to the Dog Park through the Plymouth Park Department, 1660 N Michigan Street, Plymouth, Indiana 46563.