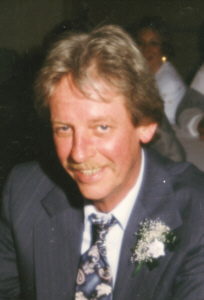 Max S. Ochs, 64, an area resident most of his life, died of natural causes, at 9:50 p.m. on Wednesday, November 22, 2006. Max died at his residence on E. 9th Road, Plymouth, surrounded by his beloved family.
Born in North Vernon, Indiana on September 7, 1942, Max was the son of George W. and Dora E. Scott Ochs.
He graduated from Walkerton High School with the class of 1960. He then attended Plumbers & Pipe Fitters Apprentice School.
On September 28, 1979, in Mishawaka, Indiana, Max and Carol S. Banacki were married.
Max enjoyed refurbishing houses. He also enjoyed playing the guitar, and played with The Shoreman and Gold Sand for several years. Max liked to work and retired after 43 years as a plumber and pipefitter out of Local Union 172.
He was a member of the Plymouth Moose Lodge.
Max is survived by his loving wife, Carol and by their two daughters and three sons.
They are, daughters : Lisa Savoie, California, and Sandra M. and Scott Herczeg, Mishawaka. His sons are: Max A. and Julie Ochs, South Bend, Indiana: Rex S. and Tammy Ochs, Grovertown, Indiana and Scott A. and Esther Hoof, Nappanee.
Ten grandchildren and two great-grandchildren also survive.
Max was preceded in death by his parents and his brother, Bill Ochs.
A celebration of Max’s life will be held on Sunday, November 26, 2006 from 4 to 7 p.m., and Monday, November 27, 2006 after 7:00 a.m. in the Johnson-Danielson Funeral Home, 1100 N. Michigan St., Plymouth.
A Moose Lodge service will be held before the funeral service on Monday, November 27, 2006, in the funeral home at 11 a.m. Memorial gifts in Max’s memory may be made to the American Cancer Society.