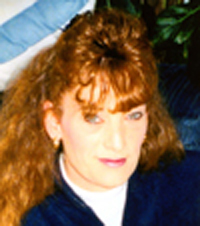 Melissa Marie Patrick, 52, of Plymouth, passed away unexpectedly Wednesday morning, August 8, 2018 in her residence.
Melissa was born July 26, 1966 in Plymouth Parkview Hospital to Robert â€œBobâ€ C. and Alice Jeanine (Linn) Gross.
She graduated from LaVille High School in 1984.
Melissa was a secretary and worked out of her home for Marianne DePoy for the last three years. Prior to that, she had worked in the Environmental Services department at the Poor Handmaids of Jesus Christ in Donaldson for seven years. She had many hobbies that she enjoyed doing; such as gardening, crocheting, feeding and watching birds, shopping, watching sports, especially the Chicago Cubâ€™s and the Chicago Bears. She also loved her family and enjoyed spending time with her kids and grandchildren.
Surviving are her four children; Casey (Andrew) Snyder of South Bend, Whitney (Chris) Bennett of Francesville, Mariah Marie Adams of Plymouth, and Lyndsey Price of Plymouth, fiancÃ©; Mark Price of Plymouth, father and step-mother; Robert â€œBobâ€ C. and Bobbie Gross of Plymouth. Also surviving are her four precious grandchildren; Lily, Bentley, Carson and Dawson. Her four siblings also survive; Don Gross of San Diego, California, Greg Gross of San Francisco, California, Laurie Allen of Union, Oregon, and Jennifer (Dave) Hull of Mentone.
Melissa was preceded in death by her mother; Alice Jeanine Gross.
Visitation will be held on Tuesday, August 14, 2018 from 11-1 PM in the Johnson-Danielson Funeral Home, 1100 North Michigan Street, Plymouth. Funeral services will immediately follow at 1:00 PM with Pastor Tamara Boggs officiating.
Burial will follow in the Burr Oak Cemetery.
Memorial contributions may be directed to the Alzheimerâ€™s Association Greater Indiana Chapter, 50 East 91st Street, Suite 100, Indianapolis, Indiana 46240.