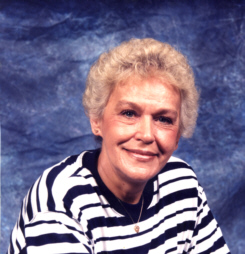 Melitta Anna Chandonia- Scarberry, 70, died of natural causes at her residence, Union Rd., Donaldson, at 9:00 a.m. on Friday, June 17, 2011.
Melitta was born in Rosencug Ober Sellesia, Germany (now Poland), on July 13, 1940. She was the daughter Roman and Gertrude Reiner.
She graduated from the 8th grade in Germany and went on to four years of trade school. In 1957, in Germany, she and Fred Archie Chandonia were married. She came to the United States in 1963. Fred died in 1970.
On July 14, 1972, Melitta and David Scarberry were married. David died in 2002.
Melitta worked as a waitress at Al’s Diner at Koontz Lake for almost 20 years.
She is survived by one daughter Heidi (Mike) Reece Culver, IN; two sons, Fredrich Chandonia Donaldson, IN and David Scarberry Plymouth, IN. She has three step-children Loretta (Art) Cook, Koontz Lake, IN, Derrick (Brandi) Scarberry, Plymouth, IN and Jeffrey(Patty) Scarberry, South Bend, IN
Thirty grandchildren and 33 great-grandchildren also survive together with a sister, Hildegard (Mac) McDonald, Warland, WY.
Melitta was preceded in death by her husbands, her parents, and a sister Ingrid.
Arrangements are being handled by the Johnson-Danielson Funeral Home, 1100N. Michigan St., Plymouth, Indiana.
Graveside services will be held at 10:00 am Thursday June 23, 2011 in Bremen Cemetery.