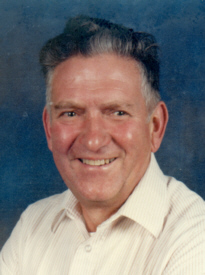 Merl Dean Swihart, 87, went home to be with his Lord and Savior at 3:00 p.m. Tuesday, October 6, 2015 with his loving wife of 63 years at his side. Merl had been in failing health this past year and died peacefully after an apparent heart attack at the residence they have made home since 1957.
Merl was born at the family homestead in Walnut Township, Argos, Indiana to Ford and Fay (Shafer) Swihart. He graduated from Argos High School with the class of 1948. He loved his days farming and as the youngest child he saw the transition from horses to tractors, an Allis Chalmers C. He became a Master Machinist in Tool & Die and a Draftsman through the Illinois School of Technology in Chicago. While going to school in Chicago, Merl worked for International Harvester. Merl enlisted into the U.S. Marine Corps in 1951 and served our country during the Korean Conflict. He was Honorably Discharged on September 9, 1953.
On June 1, 1952 at his brides parent’s home near LaPaz, Merl and Edna M. Ritenour were wed. As parents they partnered in establishing a loving home and family of three children: Merl Dean Jr., Anna and Dean. Merl Dean Jr. would pass from this life at six months of age and forever remain in their hearts.
Merl and Edna traveled through 49 of the 50 states, with Anna and Dean in tow and all with the same camper, a “Wind Jammer”. They experienced many things together and never passed by a County Fair or ability to take in a parade. In fact, Merl had only missed a handful of Indiana State Fairs in his lifetime, Worlds Fairs included.
Merl enjoyed working as a custodian/maintainance engineer for the Plymouth School Corporation primarily keeping Lincoln Junior High School running for a period of 36 years all with his trademark smile and warm greeting anytime of the day. During that time he also attended a boiler engineering school in Ft. Wayne to learn more about his trade. Merl could remember seeing many third generation kids walking through his hallways. He cared very much about the students and ate lunch with them every day. Merl retired in 1993 and upon retirement, he received the Key to the City from Mayor Glaub and was the Parade Marshall at the Labor Day Blueberry Celebration that year. That year they also traveled to Israel with a Lester Sumrall tour.
Merl and Edna held season tickets to the Plymouth High School basketball games for many, many years and supported all Big Red athletics. Above all he loved God and was a member of the Lakeville Trinity Church for the past 30 years, being very active on the church board for many of those years. Merl loved people and visiting with others. He would volunteer his time to anyone in need. He was a hard worker for many causes and made that and bringing people to Christ his goal all through his life with Psalm 92 his most favorite passage of the Bible.
He was a professional putterer, who shoveled his sidewalks, his neighbors and many downtown locations. Through the years he meticulously maintained his property and equipment.
Family remained very important to Merl. He enjoyed their visits and caring for his grandson Andrew in his younger years. He was a proud supporter of his daughter-in-law, U.S. Rep. Jackie Walorski, who is a member of Congress and always carried his custom made sign in parades. This being his first year not participating in the Blueberry Festival parade.
Merl is survived by his wife, Edna, and their two children: daughter, Anna Kathryn & Arlen Miller of Plymouth and their son, Andrew Paul Miller, and son, Dean Allen Swihart & U.S. Representative Jackie Walorski Swihart of Jimtown, Indiana. His sister-in-law, Mildred Ritenhour of Warsaw, also survives along with numerous nieces and nephews.
He was preceded in death by his parents, son, Merl D. Swihart Jr., and siblings: Austin Swihart, Chloa Fletcher, Galen Swihart, Lowell Swihart and Treva Swihart.
Visitation will be held on Sunday, October 11, 2015 from 2-5 p.m. in the Johnson-Danielson Funeral Home, 1100 N. Michigan Street, Plymouth.
Funeral services will be held on Monday, October 12, 2015 at 10:30 a.m. in the funeral home with Pastor Todd Zimmerman, Rev. Marlin Debban and Rev. Rick McCartney officiating.
Burial will be in the New Oakhill Cemetery with Military Honors provided by members of the American Legion Post 27, Veterans of Foreign Wars – Marshall County Post 1162 and D.A.V.
Preferred are memorial contributions to the Trinity Church – Assembly of God, P.O. Box 508, Lakeville, IN 46536.