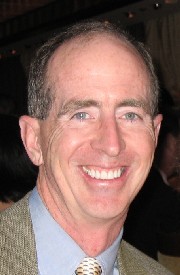 Michael Anthony Flynn, dearly beloved husband, father, brother, uncle, and friend to all, died unexpectedly on Tuesday, March 9, 2010 at the age of 56 while vacationing in Cozumel with his adored wife, Barb, and eldest daughter, Erin.
He was preceded in death by his parents, Patrick J. Flynn, Sr., Catherine M. Flynn, and two infant brothers. He is survived by his wife of 32 years, Barbara Brems Flynn, his daughter, Erin Elizabeth and her fiancé, Matthew Klawitter; his son, Michael Patrick and his wife Camilla; his daughter, Kathryn “Kara” Louise and mother-in-law, Marian Brems.
Mike’s immediate family, Kathleen (Chris) Fox; Patrick J. (Laura Brems) Flynn; Daniel (Sarah Klein) Flynn; Thomas (Kelsey Chipman) Flynn; and Mary (Joseph) Boener mourn his tragic loss. Mike’s 47 nieces and nephews will cherish his memory forever.
Mike graduated from St. Michael School in Plymouth, Indiana and Plymouth High School. He graduated from the University of Notre Dame in 1976 with a degree in Finance and again in 1980 with a Master’s degree in Business Administration. He and his brothers were partners in Shamrock Mobile Homes, a company founded by his father Pat in 1969. Mike joined Shamrock in 1984 following employment at Corning Glass Works and Paddy Wagon Vans. From 1991 to 1997, he also managed Bremenglas in Bremen, Ind. Mike was an extraordinary manager who inspired loyalty and devotion from his employees.
Mike was a devoted Catholic who coordinated lectors for St. Matthew Cathedral, attended daily mass, and participated in the Diocesan Eucharistic Ministry. He served on the Marshall-Starke Development Center board and also on the board of the Pretty Lake Home Owners Association. Even as a child, he served as an altar boy, a paper boy, and a boy scout. He loved golf, racquetball, and spending his time on Pretty Lake. He also enjoyed traveling and was planning his second hike of the Grand Canyon in May. For over a decade, he served as the coach of the Marian High School freshman, junior varsity, and varsity girls’ soccer teams. Those who played on his teams said that his constant words of encouragement inspired them to not only become better players but better people.
Mike was gifted with the extraordinary ability to always see the best in others while constantly challenging himself to grow in love and compassion for those around him. He knew no strangers and believed in joyfully greeting each moment of life with a sense of possibility and purpose. Mike lived his life as a prayer, modeling grace, kindness, patience, and acceptance not only for his wife and his children, but also for the multitude of friends and family blessed by his presence.
Mike’s integrity, faith, and sense of justice will live on in his children, family, and friends who will miss him deeply and celebrate him always.
In lieu of flowers, the family would request that consideration for gifts in Mike’s memory be to benefit others through one of the following: The Flynn Family Foundation, 1023 Barcarmil Way, Naples, FL 34110; St. Michael Catholic School, 612 N. Walnut St. Plymouth, IN 46563; St. Matthew Cathedral School, 1701 Miami Street, South Bend, IN 46613 or Marian High School, 1311Logan Street, Mishawaka, IN 46544.
Calling will be held on Monday, March 15 from 2 – 8 pm in the Johnson-Danielson Funeral Home, 1100 N. Michigan St., Plymouth, Indiana. A Wake will be held Tuesday, March 16 from 8:30 – 9:15 am at the Basilica of Sacred Heart in Notre Dame, Indiana. Mass of the Resurrection will begin promptly at 9:30am. The concelebrants will be Monsignor Michael Heintz, pastor of St. Matthew Cathedral, Fr. William Kummer, pastor of St. Michael Plymouth and family friend Fr. Bernard Rosinski SCJ. Interment will be in St. Michael Cemetery, Plymouth.
Notes of condolence and the sharing of memories may be sent via www.johnson-danielson.com.