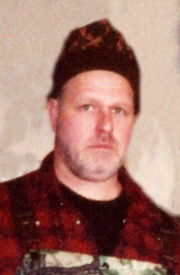 Michael C. Weaver, 55, passed away Sunday morning, April 5, 2015 in the St. Joseph Regional Medical Center in Mishawaka.
Mike was born on February 24, 1960 in Plymouth, Indiana to Robert P. and Marilyn R. (Gordon) Weaver. He graduated from LaVille High School.
He worked in Plymouth at Del Monte Foods Inc. for over 30 years as a machinist.
Mike enjoyed hunting and fishing, and was a dedicated member of the Plymouth Conservation Club. He would be out every Sunday, rain, shine or snow.
He is survived by his daughter, Kimberly N. Weaver and her daughter, Cailyn Flores, and his son, Scott M. Weaver, all of Plymouth; his father, Robert of Plymouth; sister, Susan R. Weaver of FL; and his uncle, Charlie Gordon of Plymouth.
Mike was preceded in death by his mother and brother, Dan.
Visitation will be from 4-8 p.m. on Friday, April 10, 2015 in the Johnson-Danielson Funeral Home, 1100 N. Michigan Street, Plymouth.
Funeral services will be at 11 a.m. on Saturday, April 11, 2015 in funeral home.
Burial to follow in the New Oakhill Cemetery.