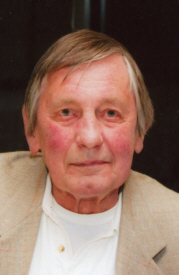 Michael D. Utter, 71, passed from this life to the next with his loving wife, Carolyn, family and friends near, on Tuesday morning, January 19, 2016 in the St. Joseph Regional Medical Center, Plymouth Campus.
Michael was born on September 2, 1944 in Plymouth to the late George and Hazel (Peltz) Utter. He graduated from Plymouth High School with the class of 1962.
He started his career in radio as a disc jockey for WTCA and continued his career at other area radio stations. From there he would go on to establish several local businesses. His most recent venture, Mr. Handy Home Services, was with his good friend John Metsker.
Michael is survived by his loving wife of 20 years, Carolyn of Plymouth, and his sons, Eric (Jennifer) Utter of Jefferson City, MO and Kenneth Utter of King George, VA; two step-children, Butch (Stephanie) Mills and Jennifer (Anthony) Moreno of IL; his brother Glen Utter of Virginia and his children, Shane Utter and Shannon Donovan; as well as, 7 step-grandchildren and 1 step-great-grandson.
At Michael’s request, cremation will take place and burial at a later date. Being a member of the Sons of the American Legion, a Celebration of Michael’s Life will be held on Sunday, January 24, 2015 at the American Legion Post 27, 1040 E. Jefferson Street, Plymouth, from 2:00-5:00 p.m.
Memorial contributions can be made to the Center for Hospice Care 112 S. Center St. Plymouth, IN 46563.