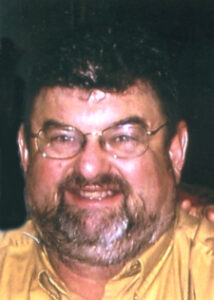 Michael A. Davis, 53, passed away Wednesday June 24, 2009 at 3:45 p.m. in St. Joseph Regional Medical Center, South Bend.
Michael was born June 22, 1956 in Plymouth to James R. and Beverly Thessin Davis. He graduated from Argos High School with the class of 1975.
Michael and Sandra A. Nykiel were united in marriage on June 1, 1990.
Michael was a small engine mechanic at C&S Outdoor Equipment for 6 years, he
retired from Lobdell Manufacturing in Argos after 15 years. He was a member of the St. Michael Catholic Church.
He loved the outdoors, and loved to hunt, fish, garden, camp, cut wood, and raising peacocks. Mike also enjoyed riding his Prowler ATV with his family.
Michael is survived by his wife Sandra and their two boys 17 year old Adam and 14 year old Gregory, all of Argos; a daughter and son from a previous marriage Dawn & Casey Ickes of Walkerton, and Dustin & Viki Cullen of Rentown, and one granddaughter Rebekah of Walkerton. He was also survived by his parents, James & Beverly of North Ft. Meyers, FL; 4 brothers James & Melody, Argos, IN; Steve, and Rick, both of Plymouth, IN; Terry & Lisa, Cicero, IN; one sister Deborah & Mel Thomas, Wabash, IN; several nieces and nephews survive as well.
He is also survived by Sandy’s parents Bill & Rita Nykiel, Bremen, IN; and Steve & Pam Nykiel, Colleyville, TX 4 brother-in-laws Dan & Mary Nykiel, Collierville, TN; Ron & Charity Nykiel, Andy & Lori Nykiel, both of Bremen, IN; Jerry & Tammy Nykiel, South Bend, IN; and one sister-in-law Marlene & Don Dolan of Bremen, IN.
Friends may pay their respects at the Johnson-Danielson Funeral Home, 1100 N. Michigan St. Plymouth on Friday, June 26st from 4 – 8 p.m. A Mass of Christian Burial will be at 10 a.m. Saturday, June 27th in St. Michael Catholic Church, 613 N. Center St., Plymouth with pastor Fr. William Kummer as the celebrant. Burial will follow in New Oakhill Cemetery.
Memorial Contributions may be made to St. Michael Catholic Church or to St. Michael School Operation Playzone