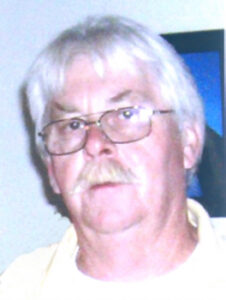 Michael Dean Sipes, 61, an area resident since 1969, passed away at 3:00 a.m. on Tuesday, December 18, 2012 at his residence under the loving care of his family and hospice.
The son of Gainey Edward and Wanda Oldham Sipes, Mike was born in Louisville, Kentucky on February 20, 1951. He was a 1969 graduate of DuMont Manuel High School. He moved to Knox in 1969, then to the Argos area in 1970.
On April 15, 1978, Mike and Linda Sue Bottorff were married in Walkerton.
Mike had worked for Norfolk Southern Rail Road as a crane operator for 37 years, retiring in 2012.
An avid outdoorsman, he enjoyed all kinds of outdoor activities, especially hunting and rock and roll music.
Mike is survived by Linda, his wife of 34 years,; two sons: Dean Edward Sipes of Argos and Jeffery George (Ellen) Sipes and their son George Warren Sipes of Westfield; his parents: Gainey and Wanda Sipes of Plymouth and aunt, Reba Pabst of Plymouth.
Visitation with the family will be from 4 to 8 p.m. on Thursday, December 20, 2012 , at the Johnson-Danielson Funeral Home, 1100 N. Michigan St., Plymouth.
Funeral services for Mike will be at 2:00 p.m. on Friday, December 21, 2012, in the funeral home, officiated by Celebrant Roberta Norris.
Memorial gifts may be made to Heartland Hospice Services, 826 W. Edison, Mishawaka, IN 46545.