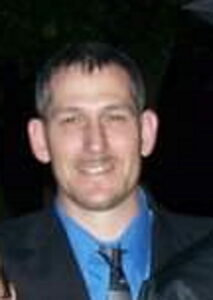 Mike Rollins, 51, of Plymouth passed away suddenly on Saturday February 08, 2020 at his residence. Mike was a hard worker, spending most of his career working on high end construction jobs. Currently he was working for Creative Illusions in North Webster, Indiana. Mike was born to Loretta Faye and Jimmy Claxton Rollins in South Bend, IN. He was one of five children, joining Steve, Ursula, and Dietra, then joined by Rick. After high school Mike joined the Army and served until his honorable discharge in 1989. He married Terry (DeHaan) Rollins and although no longer joined in marriage, they raised four children, Derek, Zack, Tyler and Elise. He was known as “Superman” or “Iron Mike” to his co-workers, but his best nickname was Dad who then graduated to Grandpa. Kids were drawn to Mike and enjoyed his goofball persona. Mike was a sports enthusiast, particularly enjoyed watching the Chicago Bears. He participated in Basketball and Cross Country and was an active parent on the Drill Team. Mike was a coach and camp counselor. He had a very giving nature and would help out anyone that needed it. Mike had a way of constantly joking while still being able to attend to the task at hand. He never took himself seriously and was proud to be a man child. Mike was very artistic. Spending time creating doodles and drawings in books he passed on to his children. He is survived by his children, Derek Michael (Amanda Teel) Hinrichsen and children Xzvaire, Ayden, JaKobe and Heartly of Columbia, MO; Zack Michael (Kali) Rollins and children Alexis and Mason of Wakarusa, IN; Tyler Michael (Liana Quiroz) Rollins of Indianapolis, IN; and Elise Helen Rollins of Milford, IN; Siblings Steve Nolte of Goshen, Rick Rollins of Goshen, Ursula Nolte of Bristol, IN and Dietra (Randy) Nielson of Middlebury, IN; fiancee Jennetta Nickerson; close family friends Diane (the late Harry) Eskridge and numerous nieces, nephews and other family members and friends. Mike is preceded in death by his mother Loretta Faye (Smith) Rollins and an infant sister Novalee.
Mike was involved in an accident in 2001 that lead to physical pain that surgery was not able to relieve. He developed an addiction he was not able to overcome. A visitation for Mike will be held on Monday, February 17, 2020 from 3 – 5 p.m. at the Johnson-Danielson Funeral Home 1100 North Michigan Road Plymouth. A service will follow at 5 p.m. The family requests that donations be made through the funeral home to help cover the expenses.