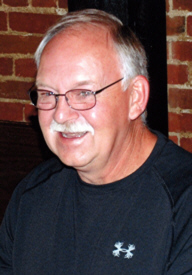 Michael D. Gouker, 64, 6A Road resident, suddenly went to be with his Lord and Savior on Tuesday April 28, 2015 at 9:46 p.m. in the St. Joseph Regional Medical Center- Plymouth Campus.
Mike was born the son of Dale Edward and Patsy Mae (Johnson) Gouker in Plymouth, Indiana on November 9, 1950. His father would precede him in death in 1955.
He graduated from LaVille High School with the class of 1969. In 1971, Mike would join the National Guard.
In the Calvary Lutheran Church in Plymouth, Mike would take Barbara E. Daugherty, his high school sweetheart, as his beloved wife on August 29, 1970.
Mike was a hard worker and showed it in his jobs and work ethics. He would work for United Foam in Bremen, Champion Homes in Bremen, Fairmont in Nappanee, Town of Bourbon, Ben Tire, Monaco Coach, and Thor Industries. Mike was currently a driver for the Marshall County Council on Aging. He graduated from The Academy of Hair Design in Indianapolis and attained his barber and hairstyle license in 1991.
He was a lifetime member of the Black Hawks motorcycle club. Mike participated in the Hare Scrambles and off-road Euduro’s. He was also an avid angler and a big Jeff Gordon fan. Mike played on the B-league fast-pitch softball team, where he was the catcher with his step-father the pitcher. He also played volleyball.
Mike is survived by his loving wife of 44 years, Barb of Plymouth; his mother, Patsy Mae Schlemmer of Bremen and his siblings: Cindy (Dave) Leavell of Plymouth, Pam Gouker of Plymouth, and Betsy Paul of Texas; as well as, his nieces and nephews: Chad (Stephanie) Bishop of Plymouth, Aaron (Kerry) Bishop of TX, Abby Kinsley of NC, and Ashley Paul of TX, four great-nieces and five great nephews. Numerous aunts, uncles, cousins, in-laws and friends, especially Deb Hanson also survive.
He was preceded in death by his father, step-father Harold D. Schlemmer, sister Peggy (Paul) Schlemmer, and his in-laws, Russell and Dorothy Daugherty.
A visitation will be this Sunday May 3, 2015 from 1 to 3 p.m. in the Johnson-Danielson Funeral Home, 1100 N. Michigan Street, Plymouth, Indiana. Funeral services will immediately follow in the funeral home at 3 p.m. with Pastor Neil Wonnacott officiating.
Burial will be held at a later date.
Memorial contributions can be made to the Humane Society of Marshall County, PO Box 22, Plymouth, Indiana 46563 or to the charity of the donor’s choice.