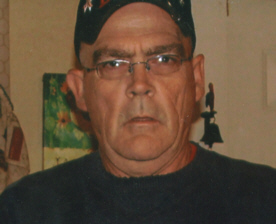 Michael H. Collmer, 57, a Queen Road resident in Plymouth since 2008, passed away unexpectedly at 6:20 p.m. on Saturday, June 26, 2010 in South Bend Memorial Hospital. He was a former resident of Niles, Michigan and came to the Plymouth area in 2007.
Mike was born on April 19, 1953 in Niles, the son of Bruce H. and Evelyn Ruth (Banach) Collmer. He was raised there and graduated from Niles High School with the Class of 1971.
On May 12th 2007, Mike married Pamela J. (Barger) Rospopo in the Walnut Church of the Brethren in Argos.
For many years, Mike was a service technician with Hill-Rom Industries based in Batesville, Indiana. He and his wife Pam then became drivers for Classic Transport of Elkhart serving the R-V Industry.
Mike loved fishing, with Mudd Lake his favorite local spot and many trips to Lake Michigan, he took pride in tying his own flies. He also enjoyed some hunting, camping and yard work.
He was a longtime member and past commander of the Niles American Legion Post 26 having served in the Army Reserve.
Mike is survived by his wife Pam and her children: Rich P. (Christy) Rospopo of Argos, Justin A. Rospopo of Plymouth, Angie M. (Karl) Lichtsinn of Walkerton and Chantelle M. Rospopo also of Walkerton. Five step-grandchildren also survive as well as one brother John Anthony Collmer of Niles.
He was preceded in death by his parents.
A tribute service for Mike will be held at 7 p.m. on Thursday, July 1st in the Izaak Walton League Clubhouse located at 7184 16th Road near Hickory Road – southeast of Argos. Pastor Robert Rice will lead the service. A fellowship meal will follow.
Memorials may be made to the Izaak Walton League or Walnut Church of the Brethren 19056 18B Road, Argos, IN 46501.