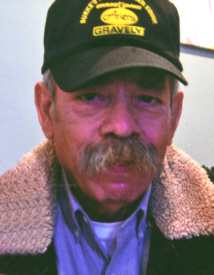 Michael N. Caban, 65, a Plymouth resident since 1954, passed away suddenly in St. Joseph Regional Medical Center, Mishawaka, at 7:46 a.m. on Monday, April 1, 2013.
Born in San Sebastian, Puerto Rico, on March 9, 1948, Michael was the son of Ernesto Nunez and Angela Martinez Caban.
He graduated from Plymouth High School with the class of 1967. He studied then at Ancilla College for a year and transferred to Valparaiso University.
During the Viet Nam War, Michael served in the United States Army from 1968 to 1970 and maintained his patriotic connected with the Plymouth American Legion Post 27.
For over 35 years, Michael was an engineering technician at McCord/Indiana Heat Transfer Corp.
Michael was an avid card and pool player. He especially loved spending time with his grandchildren and grilling out with his family during the summer months. He was an avid football fan of the Steelers, Bears and Colts.
Michael is survived by his former wife, Oksana Caban, Plymouth, and their son and daughter-in-law, Gabe and Rebecca Caban, Fishers, IN. and their children, Olivia and Evan.
Michael is also survived by a brother and three sisters. They are Joe Caban, Houston, TX.: Judy (Roberto) Santiago, Mary Nunez and Lela Nunez, all of San Sabastian, Puerto Rico.
He was preceded in death by his parents.
Visitation will be held on Friday, April 5, 2013 from 4 to 8 p.m. in the Johnson-Danielson Funeral Home, 1100 North Michigan St., Plymouth.
Funeral services will be at 11 a.m. on Saturday, April 6, 2013, in the funeral home. Rev. Chuck Krieg will officiate.
Interment will be in the New Oakhill Cemetery, Plymouth.