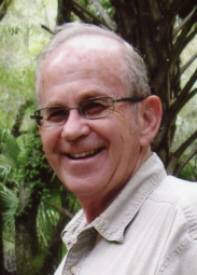 Lifetime resident Michael Ousnamer, 71 passed away Saturday morning at his Plymouth home following an illness in the company and care of his family.
On August 28, 1944 in Plymouth, he was born the son of Winfred and Ruth I. (Ganshorn) Ousnamer. His mother Ruth Maddalena of Plymouth survives. He was raised in Plymouth and graduated with the P.H.S. Class of 1962.
Mike proudly served in the United States Air Force from 1962 â€“ 1966 as an air freight specialist which took him to the country of Turkey. Upon his return that training served he and Towne Air Freight Inc. of South Bend well in a career that spanned 45 years in customer service.
He took as his bride and one true love the former Sharon K. Dixon on September 14, 1963 in Plymouth. Over the next 53 years they enjoyed the births and the raising of three children, the ability to travel and experience the blessing of grandchildren and great grandchildren.
Mike took additional pride in maintaining his home and property along with enjoying the game of golf and watching Notre Dame and Chicago Bears football.
He is survived by his wife Sharon, son Michael J. Ousnamer of Palmetto, Florida, son Timothy (Tammy S.) Ousnamer and their son, TJ & Morgan Hite with their children: Carston, Ashon and Roxi, and daughter Jodi R. Knepper of Plymouth, and her children Keegan, Jason and Anthony with his children: Anthony Jr. and Averie.
Also surviving is a brother Ed (Janet) Ousnamer of Ft. Wayne, Indiana and a sister Carolyn (Jim) Skinner of Plymouth along with several nieces and nephews.
He was preceded in death by his father Winfred.
Visitation will be held on Thursday, September 1st from 11 a.m. until 1 p.m. in the Johnson-Danielson Funeral Home, 1100 N. Michigan St., Plymouth. Services will begin in the funeral home at 1 p.m. with Rev. Charles Krieg officiating.
Military honors will be accorded Mike at the funeral home following services by members of the Plymouth American Legion Post 27, Veterans of Foreign Wars â€“ Marshall Co. Post 1162 and the D.A.V.
Inurnment will take place at a later date in the New Oak Hill Columbarium.
Memorial gifts may be made to the Center for Hospice Care, 112 S. Center St., Plymouth, IN 46563.