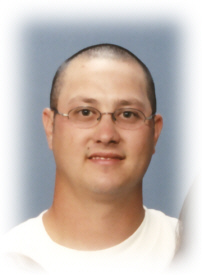 Michael Ryan Tremaine, 29 a lifetime resident of Plymouth, passed away at his home, on Sunday, November 18, 2007.
The son of Michael J. and Sandra K. (Chally) Tremaine, Mike was born in Plymouth, on January 21, 1978. He was Baptized and Confirmed in St. Michael Roman Catholic Church, where he attended grammar school. He graduated from Plymouth High School with the class of 1997 where he played in varsity football and baseball.
On December 31, 1999, in Plymouth, Mike and Julie A. Dove were married.
He liked the outdoors and had worked for Gardenview Landscaping, Inc. of Plymouth and recently in production for the Polygon Company of Walkerton.
Mike enjoyed country and oldies music and fishing with his children and helping coach their T-ball and basketball teams. He was a sportsman who loved golf, followed NASCAR and the Indianapolis Colts. Mike was also a member of the Plymouth Country Club and the Plymouth Bowlers Association.
He is survived by his wife, Julie, and five children: a daughter, Jessica K. Rose-Tremaine and four sons: Timothy M., Austin D., Ryan J. and Landon R. Tremaine, all of Plymouth.
Mike’s parents, Mike and Sandy Tremaine and his mother-in-law, Carol A. Dove, all of Plymouth, also survive together with two sisters, Stacy L. Tremaine and Brittney A. Tremaine, both of Plymouth, and a brother, Jason D. Johnson, Oswego, Ill.
Lois L. Smith, Oswego, Ill., Mike’s maternal grandmother, also survives together with his maternal grandfather, Robert M. Chally, Louisville, Ky., and Joseph L. Tremaine, paternal grandfather, Maple Park, Ill. and Maria Tremaine, paternal grandmother, Aurora, Ill.
Several aunts, uncles, nieces, nephews, cousins and friends also survive Mike’s passing.
Friends are invited by Mike’s family to share memories and celebrate his life with them on Friday, November 23, 2007, from 4 to 8 p.m. in the Johnson-Danielson Funeral Home, 1100 N. Michigan St., Plymouth.
A Mass of Christian Burial will be held at 10 a.m. on Saturday, November 24, 2007, in St. Michael’s Roman Catholic Church, 613 N. Center St., Plymouth. The Rev. Father William Kummer will officiate.
Burial will follow in New Oakhill Cemetery, Plymouth.
Memorial gifts in Mike’s memory will benefit the Tremaine children at any Lake City Bank.