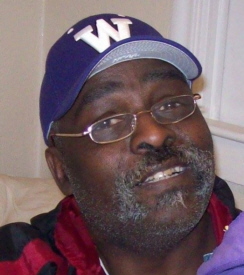 Michael L. McLeod, 55, of Shelton, Washington, passed away, September 22, 2013 in St. Joseph Regional Medical Center in Plymouth, Indiana, with his wife by his side.
He was born in Oakland, California, January 14, 1958, to Lawrence and Ora McLeod. His hometown was Hayward, CA. Michael graduated from Mt. Eden High School in Hayward, CA, where he was captain of his football team and state wrestling champion. He went on to get his Engineering degree at Weber State University. He was married to Colleen McLeod, August of 2006.
Michael was a man of faith and enjoyed football, music, photography, traveling, boating, spending time with his family.
He is survived by his wife Colleen and children: Michael Sean McLeod; Brittani McLeod; Maria McLeod; and step-children: Cidd Getchman; Regan Nelson, and Mandi Channell. He has nine grandchildren and many nieces and nephews. His siblings are: Janice Faye Roystr, Donald (Joyce Katrina) McLeod, Kenneth (Tonja) McLeod, and Karen McLeod. Michael was preceded in death by his parents and his brother, Earl McLeod.
A Memorial Service for Michael will be held at 4 p.m. on Saturday, October 12 at Grace Apostolic Temple, 6718 Martin Luther King Jr. Way S., Seattle, WA.
Memorial contributions can be made in Michael’s name through PayPal or other arrangements by using the following email: michaelmcleodmemorial@yahoo.com
Any pictures you would like to share of Michael can be sent to this email as well and would be very much appreciated.