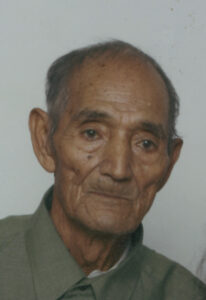 Miguel Mendez, 79, affectionately known by his family as Pa Miguel, 905 W. Madison St., died at his home at 3:10 p.m. on Friday, July 30, 2010 Miguel had by suffering from Lymphoma, a form of cancer, for some time.
He was born in Santiago Capitiro, Mexico, the son of Refugio Mendez and Juana Jimenez on Feb. 27, 1931. He attended elementary school in Mexico.
In March of 1956, in Mexico, Miguel and Estela Ortiz were married.
A farmer, his life revolved around the activities of his large family.
Miguel is survived by his wife and ten children. There are six daughters: Maria del Carmen and Manuel Figueroa, Plymouth: Juana and Rafael Baca, Plymouth; Maria and Ramon Vargas, West Columbia, Ind.: Patricia and Shane Mendez: Maria Del Refigio a d Jose Rosas, Plymouth: and Cecilia and Kevin Drummond, Plymouth.
Miguel and Estela have four sons. They are Jose Elias and Delores Mendez, El Paso, Texas: Rafael and Carolina Mendez, Plymouth: Miguel and Marcela Mendez, Plymouth and Jesus and Maria De Jesus Mendez, Plymouth.
Miguel was preceded in death by two children: Refugio Mendez and Juana Jimenez.
Twenty nine grandchildren and nine great grandchildren also survive.
Friends may visit with the family on Tuesday, August 3, 2010, from noon to 2 p.m. at the St. Michael Catholic Church 612 North Walnut Street Plymouth, Indiana.
Funeral services will be held in the church at 2 p.m.
Interment will be in Santiago Capitiro, Mexico.
Memorial gifts in Miguel’s memory may be given to St. Michael’s Catholic Church, Plymouth.