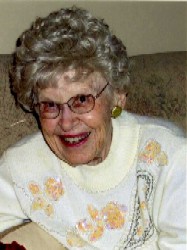 Former Plymouth resident Mildred M. Dillon Fetherolf, 93 of Martinsville, Ind., passed away there on Sunday, June 19, 2011.
She was born June 17, 1918 in Pittsboro, IN to William C. and Julia E. (Shirley) Dillon. She graduated from Pittsboro High School in 1936 and Ball State Teachers College in 1942. She married David T. Fetherolf Jr. in 1943, he preceded her in death in 2003.
A Plymouth resident for more than 60 years, Mrs. Fetherolf will be remembered as a positive influence by her students from Webster Elementary School where she taught fourth grade for 23 years. She was a faithful member of the Plymouth First United Methodist Church. She also did volunteer work for the Red Cross, Friends of the Library, and the Adult Literacy Program in Plymouth.
Surviving are a daughter Peggy Cook, Keller TX, son and daughter-in-law David L. and Mary Beth Fetherolf, Martinsville, IN, and daughter-in-law Kenna Fetherolf Allison, Speedway, IN, grandchildren Jennifer Howard, Indianapolis, IN, Michele Calabrese (Jon), Southlake TX, Melanie Foley (Brian), Martinsville, IN, Jason Fetherolf (Shakira), Orlando FL, Chera Brantley (Alvin), Greenbrae, CA, and Evan Fetherolf, Speedway IN, and four great-grandchildren.
Preceding her in death were sisters Mary Brackney Stewart, Georgia Church Hayes, Grace Tuttle,and Betty Watts, and son, John C. Fetherolf.
Visitation will be held at the New Oakhill Chapel located on the grounds at Oakhill Cemetery, 1300 Chester St. Plymouth on Saturday, July 30 2011 from 12:00 – 2:00 p.m. A family graveside service will follow. In lieu of flowers, contributions can be made to Americare Hospice and Home Health Care, 1150 N. Main, Franklin, IN 46131, or the First United Methodist Church 400 N. Michigan St., Plymouth, IN 46563.