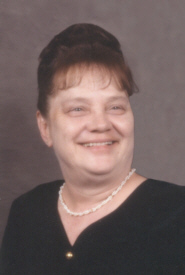 Mildred Mae Patrick, 73, a blessed mother of eight children, passed away peacefully the morning of Monday, November 17, 2014 at her residence on Pennsylvania Avenue, Plymouth, Indiana. Mildred was born at home to parents Rev. Creed & Mary (Fields) Allen on April 10, 1941 in Knox, Indiana. She was a member of the House of the Lord Church in Plymouth.
Mildred spent her youth growing up in Knox a preacher’s daughter. She married the love of her life, Luther Patrick of North Judson. They married at Pilgrim Holiness (Methodist) Church in North Judson on October 6, 1957. Luther and Mildred have celebrated 57 years of marriage. From 1959 to 1968 Mildred brought eight children into the world. In 1973 she and Luther moved the family to Plymouth. The children were the heart of Mildred. The children; Candi, Stephen, Jerry, Mary, Luther Jr., Barbara, Janice, and David defined her role in life. Mildred resided most of her life on Beerenbrook Street where she attended Pilgrim Gospel Light House Church, a short walk away. Mildred would walk through the rain and snow often to attend services. If the walk was icy she would say “I will just take my time.” She could often be heard singing gospel songs and sharing testimony before the Sunday congregations. Always giving praise to the Lord Jesus Christ and thanks for what He had done year after year. It was in Jesus Christ that Mildred set the example for her children. Many times she spoke directly with love; other times with a whisper of wisdom from the years of raising them. Mildred knew in the good times and the bad times over the years that God had always provided. Mothers took advice from Mildred. She always offered helpful words. When the struggles of life came to her children or grandchildren she turned to God. She spent many nights on her knees in prayer knowing that He, the Lord, was a personal friend of hers. Even at the death of her own child she sought after the Lord for strength to live on. And she did.
Mildred kept family at the center of her life. Keeping up with the news and current events was one of her interests. She said, “There aren’t any men leading families these days and the women aren’t helping! That’s the problem.” Making humor out of life was always a way to get a laugh out of Mildred. She knew once a mistake was made, you may as well laugh, because it wasn’t going to get any better being down about it. She showed that life is really meant to be simple. Through her loving heart she brought immense value to her family. Being a mother was her profession. She didn’t need to be recognized by the world for more than that, and she loved it.
Mildred enjoyed cooking and canning. She made large dinners for the family; often inviting others into her home that could use some good company. Making a meal was just one demonstration of her love. She waited to eat until others had seconds or they had left the house. When asked why she wasn’t joining the meal she would say, “No you go ahead.” She put others first! Even if it were to eat last or not at all. Mildred loved everyone and smiled at all of us. She spoke with anyone who would listen. Sending fresh dinners to neighbors in need was common for her. Having her grandchild leave clothes on a doorstep for someone in need was her way of teaching. The character of Christ moved more inside Mildred as the years passed. Mildred confidently knew the beauty of God’s promises, and the patience to endure them. She was not one to ask for much from this world. However, she did ask that each of her children, grandchildren, and great grandchildren come to know the Lord Jesus Christ. That was her passion. It was many decades ago Mildred pointed her life to heaven. Now she has surely been received with great joy! Thank you Lord for such a beautiful woman of faith you have given our family. She has taught us more about you Lord, for generations to come. She will be dearly missed until we see her again.
With Love,
Family
Mildred is survived by her husband Luther Patrick, daughter Candi (Terry) Norris of Syracuse, son Stephen (Carrie) Patrick of Plymouth, son Jerry (Marlene) Patrick of Knox, daughter Mary (Anthony) Goheen of Winimac, son Luther Patrick Jr. of South Bend, daughter Barbara (Richard) VanWynsberghe of Rolling Praire, and daughter Janice (Gregory) Howdeshell of Rochester. She is also survived by twenty grandchildren: Ken, Kristi, Mike, Josh, Taylor, April, Jeremiah, Candice, Sarah, Matthew, Jaquellyne, Christopher, Victoria, Erica, Brandon, Megan, Jonathon, Dean, Hannah, John David, and twenty-four great grandchildren. Mildred was preceded in death by her last of eight children born: son David Allen Patrick passed away March 17, 1998. She has longed to see him again.
Visitation will be Thursday, November 20, 2014 from 5:00p.m. – 9:00p.m. (EST) at Johnson-Danielson Funeral Home, 1100 N. Michigan St., Plymouth, IN.
Funeral Services will be held at 1:00p.m. (EST) on Friday, November 21, 2014 in the House of the Lord Church, 16493 Old U.S. 30, Plymouth, with Rev. Gerald Allen officiating.
Burial will follow services at Crown Hill Cemetery, Knox. A catered meal for friends and family will be held at Knox Community Center, 55 East Lake Street in Knox following burial to celebrate the life of Mildred Patrick.
Memorial contributions can be made to: Gospel Lighthouse Youth Center in memory of Mildred Patrick 701 N. Beerenbrook Street, Plymouth, IN 46563.