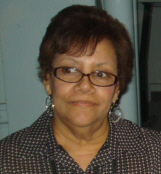 Mirtha Guerrero, 67, a resident of River Park, Plymouth, passed away suddenly of an apparent heart attack at 7:40 p.m. Tuesday, May 1, 2013.
Mirtha was born the daughter of James Alexander and Lilly Bell (Cross) Jones on April 15, 1945 at Guantanamo Bay, Cuba. There she received her high school education and in 1969 she made her way to the United States. She then attained her U.S. Citizenship while residing in New York City.
She is survived by her devoted son, Luis Estevez of Atlanta, Georgia and three loving grandchildren; Amanda, Ethan and Isabella Estevez. A brother, James (Nolia) Jones of New Jersey, and two sisters; Donna Martinez of New York and Onora Payton of New Jersey also survive with several nieces and nephews.
Mirtha was preceded in death by her parents, and a brother Frank.
As a dedicated caregiver, she was invited into the Plymouth family home of the Dr. James S. Robertson and remained with them for a period of seven years. In 2004 she began providing care for Walter and Lucille Danielson. After Walter’s passing she has continued as Lucille’s dear friend enjoying daily board and card games and will be greatly missed by her entire extended family.
Mirtha also enjoyed time with her dear friends Silvia, Nina and Mary that often included a successful day at the boat.
She was a faithful member of the St. Thomas Episcopal Church in Plymouth.
Visitation will be held from 4 – 7 p.m. on Friday, May 4, 2012 in the Johnson-Danielson Funeral Home, 1100 N. Michigan St. Plymouth.
Additional visitation will be held at the Leber Funeral Home, 2000 Kennedy Blvd., Union City, NJ on Monday, May 7th from 4 – 9 p.m. Services will be held at the funeral home on Tuesday May 8th at 11 a.m., the Rev. Oscar Gonzalez will officiate. Burial will be in the Grove Church Cemetery, North Bergen, New Jersey.
Memorial gifts may be made to the St. Thomas Church, 400 N. Center Street, Plymouth, IN 46563 or charity of the Donor’s Choice.