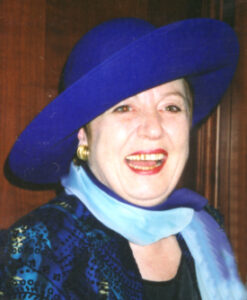 Monika M. Metzger Fuhrimann, 65, a Plymouth resident since 2007, coming from Granger, passed away at 9:17 p.m. on Tuesday, September 18, 2012, in the Kindred Hospital of Northern Indiana, Mishawaka, following an illness.
Monika, a citizen of Switzerland, was born on January 9, 1947 in Waengi, Switzerland, the daughter of Rene’ Karl and Margot Sophie Tschornia Metzger.
She attended the School of Business Administration in Switzerland.
Monika worked as a Business Administrator at AQL, Inc. in Plymouth for four years.
On January 8, 2000, Monika and Hans J. Fuhrimann were married in Zurich, Switzerland.
Monika was fluent in English, Italian, French and Arabic. She traveled worldwide, extensively in Europe, and was rich in the history of Tuscany. She enjoyed education, gaining knowledge and reading.
She was a member of the Association of Business Women in Switzerland.
She is survived by her husband, Hans, a stepson, Andres Fuhrimann and his daughter of Zurich, Switzerland, two brothers: Rene’ Metzger and Karl Metzger and three sisters: Silvia Meier, Elizabeth Tschorina and Cornerlia Metzger, all of Zug, Switzerland.
Monica was preceded in death by her parents.
Friends may visit with Monika’s family from Noon to 2 p.m. on Saturday, September 22, 2012, at the Johnson-Danielson Funeral Home, 1100 N. Michigan Street, Plymouth, Indiana.
Funeral services for Monika, officiated by Rev. Matt Elliott, pastor of Grace Baptist Church, will be held immediately following visitation at 2:00 p.m. in the funeral home.
Interment will be in Zurich, Switzerland.
Memorial contributions may be made to the American Cancer Society, 535 W. Edison Road, Mishawaka, Indiana 46545.