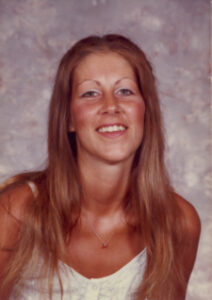 Nancy Ann Masterson, 53, an area resident most of her life, passed away following an illness at 1:40 a.m. on Sunday, May 13, 2012 in Saint Joseph Regional Medical Center, Mishawaka, IN.
The daughter of Luther and Marilyn Moon Baker, Nancy was born on January 23, 1959 in Peru, IN. She had attended LaVille Schools.
On July 2, 1987, Nancy and Jeffery L. Masterson were married in Plymouth, IN.
Nancy had worked as a dietician in a local nursing home.
An avid reader, Nancy also enjoyed sewing and working in her flower gardens. She was a member of the 700 Club.
Nancy is survived by her husband Jeff, four children: Phillip (Amanda) Milton and their children, Trey, Collin and Hailey of LaPaz, IN; Brooke (Aaron) Dudeck and their children, Nolan and Emma; Brandon Masterson and his children, Keegan and Annabelle’Lee; and Alaina Masterson, all of Tyner, IN.
Also surviving are two brothers: Steve Baker of Marion, IN; Dennis Baker of New York City, NY and a sister, Shirley Malott of Peru, IN; along with her mother and father-in-law, Darlene (Bob) Brown of Plymouth, IN.
She was preceded in death by her parents.
A memorial dinner will be held at the Tyner I.O.O.F. Lodge from 2 to 4 p.m. on Saturday, May 19, 2012
Interment will be in Tyner Cemetery.
Memorial gifts in Nancy’s memory may be made to St. Jude Children’s Research Hospital, 501 St. Jude Place, Memphis, TN 38105-1905.