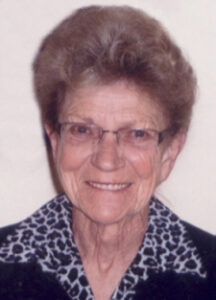 Nancy Shepherd, 75 of Lapaz died on Saturday May 26, 2012 at home surrounded by her family.
Nancy was born the daughter of John C. and Lottie L. Logan Snyder on March 24, 1937 in Sulfur, Kentucky. She grew up on a huge farm in Kentucky, where she learned to swim even before she could walk. She graduated from Tremble County High School in Bedford, Kentucky with the class of 1962. In her youth she participated in beauty contests and cheerleading.
Nancy took James Shepherd as her husband, they were married for 34 years until the time of his death.
She worked for Ameritech Services operating power equipment and driving truck from 1967 until her retirement in 1994. After retirement she worked as a hostess at the Plymouth Bob Evans.
Nancy enjoyed riding horses, NASCAR, drag racing, and motorcycles. She was a longtime member of The House of Prayer, Plymouth
She is survived by a daughter Sherry L Christner of Lapaz; grandchildren Leann C. & Adam Davis, Roger & Nicole Christner, Alan Christner & Jessica, and Adam & Amanda Christner all of Plymouth. Also surviving are 8 great grandchildren Brandon, Kayla, Logan, Michael, Sadie, Landen, Cameron, & Cohen; a brother Dickie Snyder and several nieces and nephews.
Nancy was preceded in death by her husband James, her parents, a sister Kathryn, and 3 brothers Kenneth, Billy, and Charles.
A time of sharing with the family will be held on Wednesday May 30, 2012 from 1 to 3 p.m. in the Johnson Danielson Funeral Home 1100 N. Michigan Street, Plymouth. A funeral service will immediately follow at 3 p.m. officiated by Pastor Ronald Humphrey and Rev. Darrell Hale.
Burial will follow services in the New Oakhill Cemetery, Plymouth.
Memorial contributions in Nancy’s name may be given to the Marshall County Humane Society or the Center for Hospice Care.