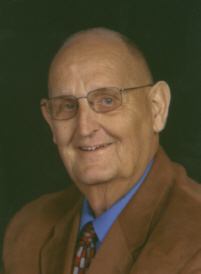 Ned W. Rudd, D.V.M., 73, a lifetime Plymouth resident, living at 805 Baker St., River Park #29, died in Memorial Hospital, South Bend, at 3:20 p.m. on Friday, November 10, 2006 of a cancer related illness.
Born the son of Allen B. and Ruth R. Benedict Rudd, on December 18, 1932, he graduated from Plymouth’s Lincoln High School, class of 1950. He played sports with great enthusiasm and never lost his competitive spirit.
On June 19, 1954 he married his high school sweetheart, Mary Lee Williams, in St. Thomas Episcopal Church, Plymouth.
In 1956 he graduated from The Ohio State University’s School of Veterinary Medicine and began a career that has spanned more than 50 years. Operating Rudd Vet Service, he loved his contact with area people and helping sick animals right up until his health would no longer allow.
Ned Rudd was first and foremost a family man. He was there for camping trips, hunting, fishing, athletic events and even Trick or Treating with the grandkids.
Doc Rudd was an avid sports enthusiast; faithfully following the Chicago Cubs and Bears, and was a longtime season ticket holder of Ohio State Buckeye football
He had served as a Plymouth City Councilman and as president of the Marshall County Board of Health.
Professionally, Ned was a member of the Indiana Veterinary Medical Association (IVMA), the Michiana Chapter of the IVMA, and was a life member of the American Veterinary Medical Association (AVMA).
Ned is survived by his loving wife and helpmate, Mary Lee and by their two daughters and two sons. They are, daughters: Angela R. Rudd and Amy R. (Roger) Burch, all of Plymouth. His sons are Ned W. (Jennifer) Rudd, Jr., living in England, and Major Jason B. Rudd (Brittany), USAF, stationed at Tyndall AFB, Panama City, FL.
Fourteen grandchildren and three great-granddaughters also survive: Adam and Diane Reese, Angela J. Rudd, Leslie (Josh) Vance, Lindsey (Claude) Franklin, Ned W. Rudd III, Poaolo Dominic Palmitessa IV, Eric, Callie, Devon and Quintin Burch, Jacey and Jaden Rudd and great granddaughters; Morgan, Kendyl and Kylie.
A sister, Patricia L. (Carl) Stanforth, of Kokomo, IN, and two brothers, Tom E. (Helen) Rudd, of Mishawaka, IN, and the Rev. Fr. Thad B. (Sherri) Rudd, Cleveland, GA, survive along with numerous nieces and nephews. Ned was preceded in death by his parents; a sister, Roseann Fournier, and a brother, Allen B. Rudd, Jr.
Friends are invited to share memories and celebrate the life of Ned Rudd, Sr., with his family on Tuesday, November 14, 2006 from 3:00 – 7:00 pm at the Johnson-Danielson Funeral Home, 1100 N. Michigan St., Plymouth.
Services will follow visitation at 7:00 pm at the funeral home. Pastor Rustin Krapfl, will officiate.
Private burial will be in Oakhill Cemetery, Plymouth.
Preferred are memorial gifts in Ned’s memory made to the Sunrise Chapel or to the Donor’s Choice.