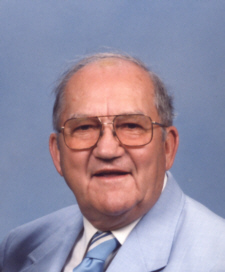 Longtime businessman and community leader, Neil L. Chase, 92, died of natural causes at 10:20 p.m. on Saturday, September 13, 2008, at Saint Joseph Regional Medical Center, Plymouth.
Neil had said that the thing that he was the proudest of in his 92 years was that all of his four kids went to college of their own choosing – and all graduated.
“They were the first in my family to do so.”
Neil was born in Marshall County on April 2, 1916. He was the son of Lorie and Effie Sarber Chase. Siblings George Chase and Geraldine Barnes have preceded Neil in death.
A 1934 graduate of Tyner High School, where he lettered in basketball and baseball, he helped his dad on the Polk township farm, raising dairy cattle, chickens and turkeys.
He met his lifelong sweetheart, Dorothy Roelke, in high school. They were married in February of 1940, in the Evangelical United Brethren Church in Teegarden.
Neil’s dad sent him to Purdue University to study forestry. He first worked as a typist with Associates Investment Corp., in South Bend. After two years he was transferred to a branch of the company in Birmingham, Ala.
He took along with him, his bride. They stayed for six months before moving to Culver where Neil bought a milk route.
In 1943, he sold the route, became a first-time father and was drafted into the Army and trained as a Medic. He was deployed to New Hebrides where he joined the 27th Division and went on to New Caledonia, Okinawa and Japan. He was part of the occupation troops in Japan before his discharge as a Staff Sergeant in January of 1946.
After 18 months working as a window teller in the State Exchange Bank in Culver, Neil, tired of being inside, found another milk route hauling milk into Warsaw and Gary until 1955.
That year, he sold out and bought four semi-tractors and four trailers and created Neil Chase Trucking, which later became Chase Leasing.
Sometimes Neil would drive the loads.
In Culver, they enjoyed, with family and friends, the beautiful surroundings of Lake Maxinkuckee. The couple also loved traveling with friends and spent eight winters in the Sebring, Florida area.
He was a member of the Plymouth-Kilwinning Masonic Lodge No. 149 and the Trinity United Methodist Church in Plymouth, where he had served as a Trustee.
Neil is survived by his two sons and twin daughters.
His sons and families are: Larry N. and Sue Chase, Valrico, Florida and Dan and Connie Chase, Euless, Texas. His daughters and families are: Jeanine I. and Jerry Holderead, Marion, Indiana, and Jeanette E. Frick, of South Bend, Indiana.
Seven grandchildren survive along with their families, including five great-grandsons. They are Barry and Linda Chase with sons: Peter, Graham and Benjamin: Doug and Ginny Chase with sons: Andrew and Ethan: Melinda Chase; Brad and Sabrina Frick: Alisha and John Morgan, Lisa Holderead and Marc and Ashley Holderead.
Neil’s beloved wife, Dorothy, died in December of 2006.
Friends are invited to visit with the family and share their memories of Neil from 4 to 8 p.m. on Friday, September 19, 2008, in the Johnson-Danielson Funeral Home, 1100 N. Michigan St., Plymouth, Indiana.
A Masonic memorial rite will be held at 7:30 p.m. Friday in the funeral home.
Funeral services for Neil will be held in the Trinity United Methodist Church, 425 S. Michigan St., Plymouth, at 2 p.m. on Saturday, September 20, 2008, with calling for one hour prior to services. The Rev. Kerry O’Brien, and a cousin, the Rev. Paul Nye, will officiate.
Military graveside honors will be accorded Neil by members of the Plymouth American Legion Post 27 with burial to follow in New Oakhill Cemetery, Plymouth, Indiana.
Memorials in Neil’s name may be made to the Trinity United Methodist Church or to a charity of the donor’s choice.